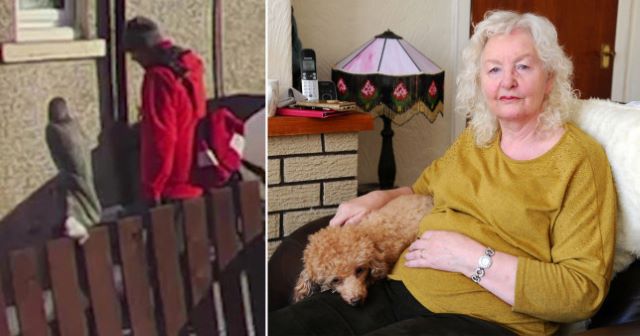 This guy is unbelievable.

Last week we wrote about the Royal Mail postman in Falkirk, Scotland, who left a 72-year-old pensioner lying in the snow after she tripped on her doorstep, because he was “too knackered” to help.

Amazingly, despite the story doing the rounds everywhere and the whole world being in unanymous agreement that the postie should have helped the old lady to her feet, or at least informed a neighbour or done something to help, he apparently doesn’t even think he did anything wrong. Even after the Royal Mail itself released a statement apologising for the incident.

72-year-old Patricia Stewart’s niece and carer Sheryl Hawkins, 36, told MailOnline what she had heard from other posties, and how she is keen to see the man in the video sacked:

He could have contacted me to apologise but he hasn’t. Another postman told me he doesn’t think he has done anything wrong.

I am still expecting an official response from Royal Mail about what is happening to the guy. I wouldn’t like to think he’ll keep his job. We should be entitled to know the outcome of their investigation.

A manager chapped my aunt’s door and brought chocolates but there has been no official response. The whole situation is disgusting… it’s inhumane to do what he’s done.

Fortunately, Hermes driver Karolina Domska, 22, eventually showed up about 20 minutes after the postie had left and helped Patricia up.

Patricia shared some more details of the incident:

20 minutes I was shouting ‘help’ and I was crying. I was lying partly in the snow and I banged my head.

It’s still sore. I can’t even comb my hair because it hurts.

There was a big lump on it, as big as an egg.

The question is – does the postie really deserve to lose his job over this? Sure what he did was morally wrong and it’s pretty bizarre that he doesn’t see what the issue is, but to have his life screwed up over it? Maybe the guy is autistic or has some kind of learning difficulty that makes him socially-inept? Maybe he’s ultra paranoid about COVID? Maybe he really was ‘knackered’ and would have dropped her on her head if he had tried to pick her up? Not to mention that technically, he’s not obligated to do anything that doesn’t involve delivering mail.

So yeah, he probably won’t be getting any Employee of the Month awards anytime soon, but to sack him over it? I can see why some might say that’s a bit harsh. Sounds like Patricia is pretty determined to leave him jobless though, so let’s see what happens. Either way, great that she’s feeling better!

To meet the village postmistress known as ‘Deirdre The Dealer’ who sold cocaine alongside envelopes and stamps, click HERE. Who would have guessed?