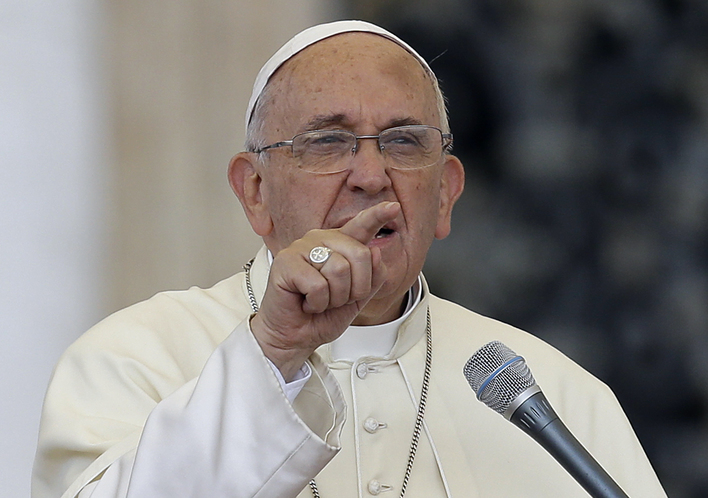 Welp, looks like we’re all screwed. When the guy whose job it is to inspire and encourage good vibes and positivity in people drops a Tweet like this, you know something isn’t right in the world:

Not sure anyone can look at the Pope in the same way ever again after this. Would you listen to a man’s advice on how to better yourself after he’s just called the world an immense pile of filth? And who knows what he would have said if he wasn’t the Pope? “Immense pile of filth” is the PG Pope version.

Anyway, Pope Francis has 6 million followers on Twitter. 6 MILLION. Don’t go dropping negative bombs on 6 million people like that dude. Even if we all know it’s true. Leave that to the rest of us.

Pope Gets Completely OWNED By The Wind During Vatican Address