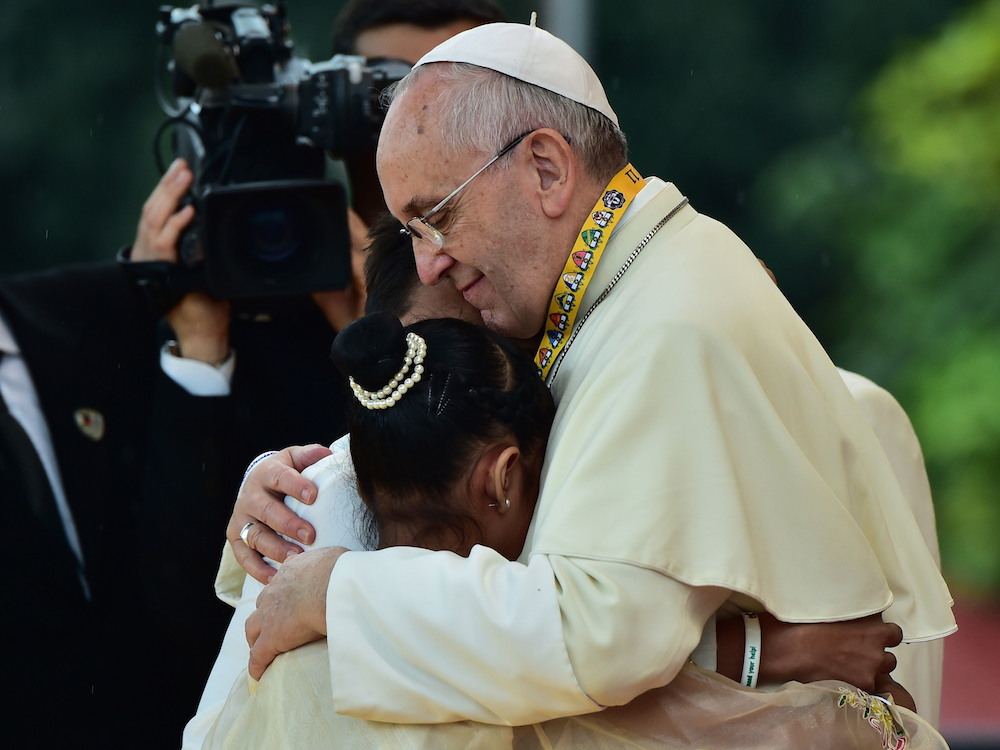 Religion doesn’t have all the answers it seems.

Pope Francis is currently visiting the Philippines and as a part of this trip he had a meeting with the University of Santo Tomas yesterday morning, where he was left at a loss for words when confronted by a question from a 12 year old girl.

Her name was Glyzelle Palomar and she began talking to the Pope about how many children who were abandoned by their parents were forced to become prostitutes in order to survive. She then asked the Pope why God allowed innocent children to suffer before breaking down in tears.

The Pope had no answer to this question and all he could offer was a hug and a blessing, which probably wasn’t the response that Glyzelle was looking for. Later, he tried to come up with some answer for it during his homily but instead just went on a vague rant about nothing really, saying the following: 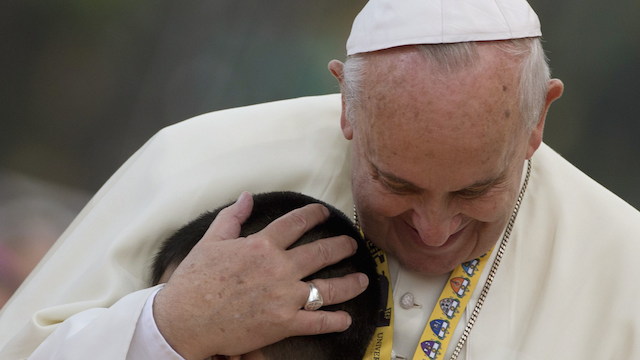 Why do children suffer? It is a question to which there is no answer. We need to follow Gyzelle’s example and courage and learn to weep.

It was only when Jesus cried that he learned what was going on in our lives. Certain realities in life, we only see through eyes that are cleansed by our tears.

We need to allow ourselves to be evangelized by the poor, by the wisdom that they have. Let us learn to weep as Glyzelle has shown us today.

Again, that’s a fairly useless response, even after he had a while to think about it and come up with something better. Not impressed and not converting to Catholicism any time soon, sorry.