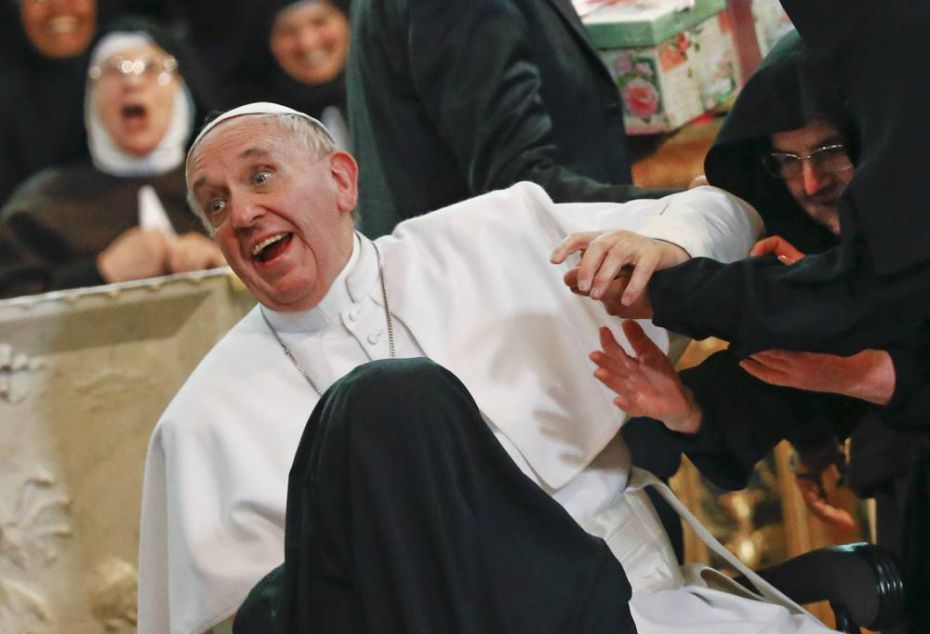 One Direction, eat your heart out.

Pope Francis was mobbed by a gang of overexcited nuns when he visited Naples the other day, to the point where the Archibishop of Naples had to step in to resume order.

Cardinal Crescenzio Sepe got on the microphone to ask the nuns to tone it down just a tad:

Just look at those faces – need that Pope penis and need it yesterday: 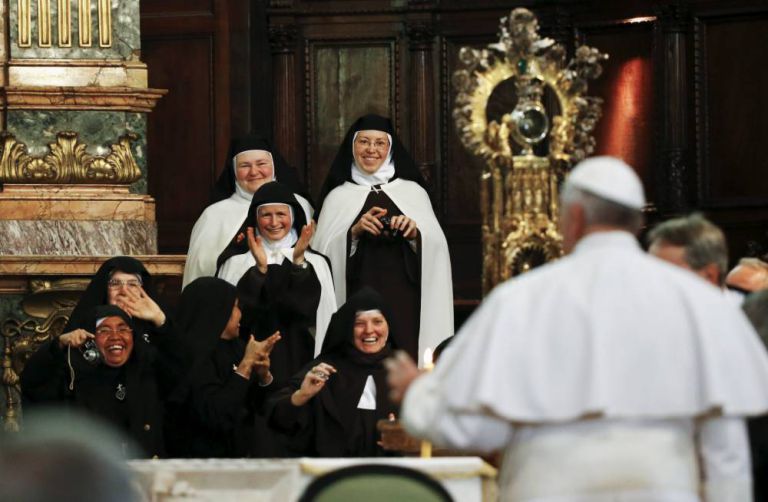 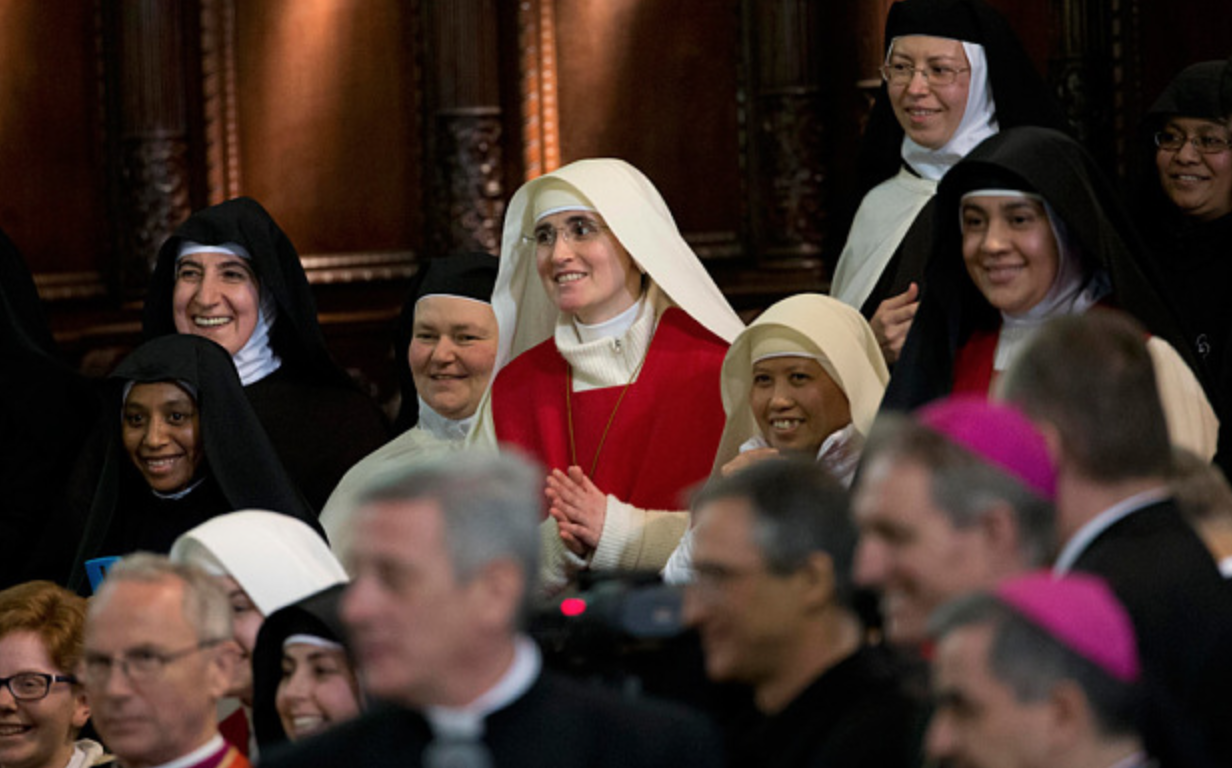 Even crazier considering these are cloistered nuns; the strictest of all nuns who barely even leave their nunneries. Obviously they just couldn’t contain themselves when they heard the rock star that is Pope Francis was coming through.

P.S. This was definitely a more enjoyable day out than when he got BATTERED by the wind during his Vatican address last year.