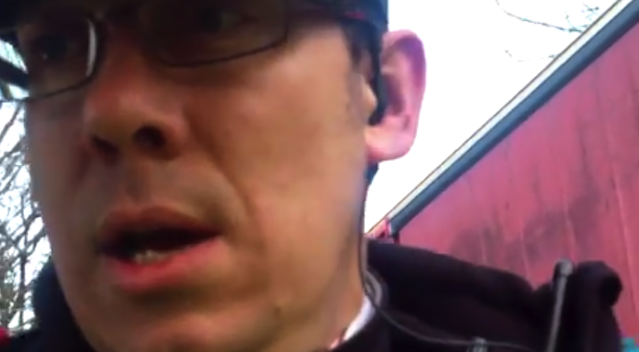 This policeman makes up that a pedestrian has admitted to him that he’s been drinking so that said pedestrian gets breathalysed and arrested for drink driving, even though he’s nowhere near a car. Unbelievable.

Now, I wasn’t sure whether to post this as clearly both people in the video are complete and utter dickheads, but the fact of the matter is that the policeman is more of a dickhead and doesn’t really have any evidence to justify his actions. He also acts like a complete twat and completely bullies the guy operating the camera – who admittedly is a dweeb – so I think the video deserves to be shared.

Basically, from what I can glean, this video was filmed at an anti fracking protest in Barton Moss which is somewhere in Manchester. The protestors were campaigning against iGas who are drilling in the area to explore the potentially massive reserves of shale gas found beneath the surface of the Earth. Protestors have been camping out in the area for over 100 days, stopping lorries getting through to the destination, claiming that they are defending the land from environmental damage.

Although the protests started off peacefully, police have claimed that they have become more and more violent as people have arrived at the scene to join the protest and over 100 arrests have been made. They also claim that people within the local community now feel intimidated by the protestors – who have started hanging out in balaclavas and approaching them in a threatening manner – and want them to leave. I don’t really want to comment on that because I don’t really know enough about the situation, but I wanted to add some context to this video.

It seems clear from the video that the guy filming it has been targeted by the copper because they don’t want people filming whilst they rough up the protestors – which is happening for unknown reasons at the start of the video – but then when the policeman can’t think of any reason to take his camera or stop filming it, he quite clearly makes up that he thinks the man has been drinking and driving.

Sure, he might smell alcohol on the guy’s breath but I think to say he saw him driving in earlier in the day – despite the fact he’s just walking along the path now – and to book him for that is pretty outrageous. He also clearly lies a bunch of times – which is probably the biggest indicator of his guilt in this – saying that the dude filming admitted to having a drink earlier when he never did. The way in which he says all this too seems like he’s making it up along and desperately searching for a leg to stand on as he confronts the videographer.

The fact that he just shouts and lambasts him too and doesn’t let him say anything or answer his questions when he speaks to him doesn’t do him any favours either. The other cops who come in towards the end are a bit safer but still have the air of being twats, although in fairness they are going on what their buddy told them earlier so can perhaps be excused. Still, it isn’t a shining advertisement for the police force when the first cop clearly lies on camera about the accusation he is making which is pretty much the only reason the dude gets arrested in the first place. 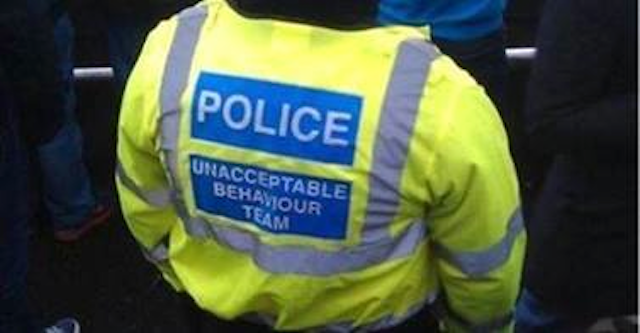 Having said all that though, I have got to draw attention to the fact that the guy filming is being a bit of an attention seeking twat too. It’s stated in the YouTube blurb that he was wearing a t-shirt and hat saying ‘lawful observer’ – which is kind of like painting a big X on your head as a target at one of these things – and seems to get off on constantly antagonising the policeman during their interaction.

He also never denies that he’s been drinking or that he’s driven in today at any point in the video – although he did say he was drinking tea earlier but didn’t clearly deny he’d been drinking alcohol either – which is a bit of a giveaway. It’s also kind of stupid that he refuses to take a breathalyser test if he has nothing to worry about.

However, I think the way that the original policeman stitches him up and treats him is still worth sharing and bringing attention to because the cop is on a grade A power trip, and is probably one of those classic cops that was bullied in the playground and is still haunted by it and so feels the need to be a dickhead to everyone he ever encounters. I just wanted to acknowledge that I didn’t think the other guy really helped himself in this situation that much either.

So what does everyone think, who’s the biggest dick here? Oh and if anyone cares the guy filming did get arrested but at his hearing there wasn’t enough evidence so he was released. This kinda confirms my original theory about the policeman being a dickhead and making up his original accusation.