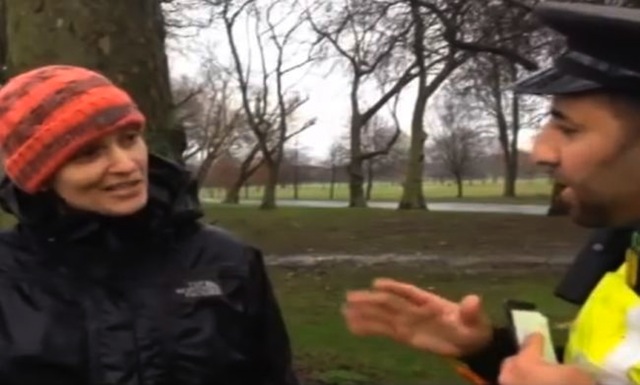 This officer is taking the dog mess problem just a tad bit too seriously as he calls for back up in a park in London.

Absolutely ridiculous video out of Tower Hamlets in east London – a woman named Amber Langtry is approached by a park warden having a particularly slow day and accused of not picking up her dog’s poop. A grave offence no doubt – but the officer is bizarrely unable to point out the mess when asked.

After a bit of back and forth they don’t seem to be getting anywhere, so the warden begins to read Ms Langtry her rights and threatens to have her arrested. He then calls for police back up!

Tower Hamlets council later wrote to Ms Langtry assuring the case was closed, but also added that the officer ‘made a dynamic risk assessment for his own personal safety’.

Would like to see this guy pull his tricks over here.