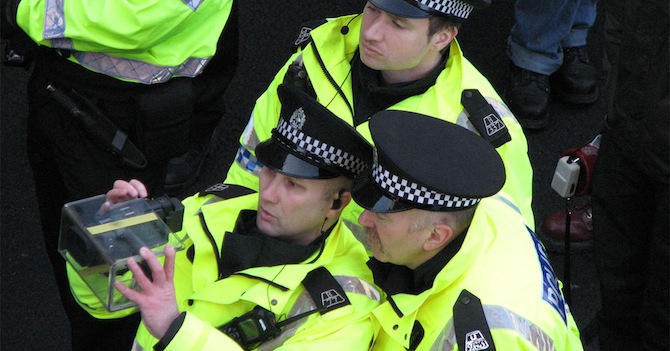 This awesome animation shows how police in the UK have been abusing their power in the wake of new terrorism laws, and taking away your freedom in the process.

If you only do one thing today in between polishing your pump-action protein rifle and eating crisps on the couch, watching this video should be it. I’m sure many of you will have been in a situation, or at least witnessed one, where the police have acted way below the mark of any kind of human decency, where they’ve used excessive force, or where they’ve kicked off at a member of the public for daring to comment on or record the incident they’re witnessing.

A few years ago while I was at uni, outside some shitty nightclub, a load of bouncers dragged my mate down an alleyway and started beating the shit out of him. Granted, he was really pissed and not making much sense, but he definitely wasn’t being aggressive. Anyway, after the ruckus got broken up, some by-standing Samaritan came up and said they got the whole thing on camera. Sweet, we thought, and promptly called the police thinking we were finally going to give some bouncers what they deserved. The police did turn up, they walked straight past us and right up to  the bouncers, then started shaking hands with them and sharing a couple of jokes like they were old mates. When the police finally did come speak to us, it was us they were pissed off with. They agreed to watch the video though, after which one of them kindly told us he would have done a lot worse if someone tried to film him detaining a suspect. Detaining a suspect?! Have you been hitting the fucking disco donuts or what? All I saw was a group of massive blokes beating up a single, fairly small bloke for daring to be too drunk, outside an establishment they work for that basically encourages people to get really drunk. That’s like the grumpy father who initiates a game with his kids, gets bored before they do, then screams at them when they won’t stop playing. 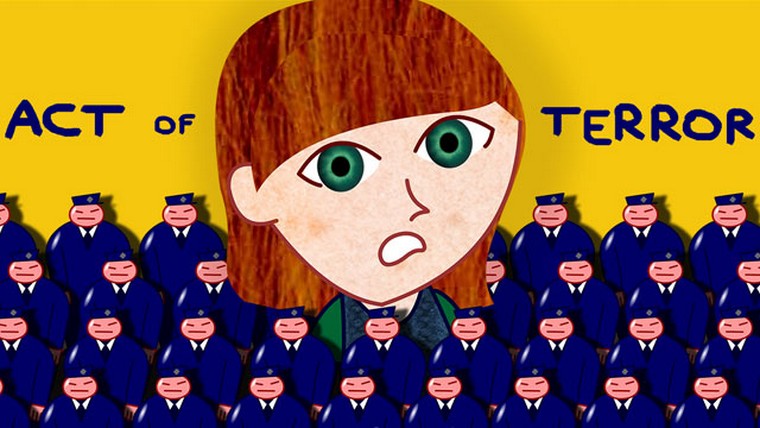 Anyway, bouncers aside, this animation was made by Gemma Atkinson (not the one from Hollyoaks), after an incident in London. Her boyfriend was stopped and searched, and she decided to film it. She was then set upon by multiple officers, handcuffed, and taken down the station under the rationale that she was breaking some terrorism act by filming a police officer. It transpires, unsurprisingly, that the officers involved were talking bollocks, and had no right to detain her or even make her stop filming. They are only allowed to use that power if the person filming is a suspected terrorist. But then again, you can’t expect some bullied-at-school bellend with a chip on his shoulder and a sack of system-imposing shit for a brain to remember ever silly little law, can you? In fact, when Atkinson took the case to the Independent Police Complaints Commission (IPCC) that’s pretty much exactly what she was told (not in so many words). The officers involved couldn’t be punished for misconduct, as they weren’t aware that they were misinterpreting the law. Hang on, last time I checked, ignorance of the law was no excuse for committing a crime. Oh wait, that only applies to us lowly civilians. Silly me.

â˜› Next: Video Of A Naked Wizard With A Micro-Penis Getting Tasered And Taken Down By A Bunch Of Fat Cops At Coachella