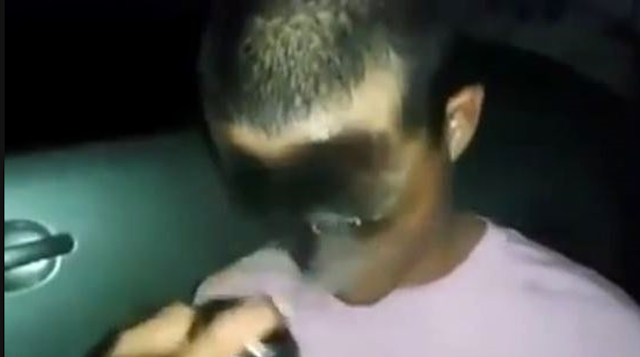 This graffiti artist got a taste of his own medicine, but was it justified?

What the actual fuck? There are people out there who really hate graffiti and it’s understandable when it’s on your house or something, but for the most part graffiti artists tend to be cool and do it in  places that aren’t going to directly affect anyone, unless it’s a cranky old guy with nothing better to do than complain.

With that in mind it probably wasn’t the best idea for this guy to spray paint the side of a police station, but I think his punishment more than trumps the crime as these asshole cops spraypaint him in the face. Sure, he was doing something wrong but it’s not really any excuse for that – I mean this could easily blind him and fuck him up for life really.

There’s a legal system for a reason and these cops are just bullies and assholes (like most of them) in my eyes.