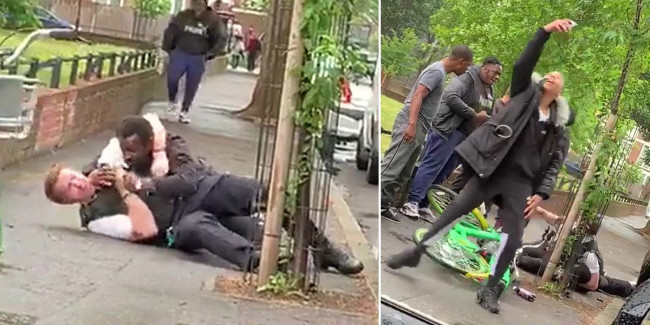 It’s not a great time to be a police officer at the moment, with many regular, decent cops being shown pure disrespect and judged as human beings based on the actions of a minority of corrupt colleagues.

As if it wasn’t dangerous enough having to deal with dickheads like this over in Hackney, east London:

This happened in hackney today 😯😯 pic.twitter.com/ZBW4moNRCn

Apparently the officers had been flagged down by an assault victim who pointed out the suspects, and ended up on the receiving end themselves. Respect to the female officer potentially saving her colleague from a far worse beating by putting herself in the middle of all that. But pretty tragic to see every other person around them either hostile and violent or passive and filming the scene on their phones.

I mean just get a load of this muppet loving every moment: 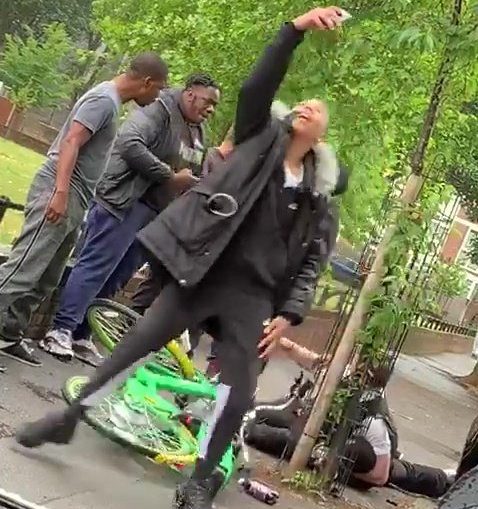 According to Metro, both officers suffered minor injuries in the incident in Frampton Park Road at around 3.30pm on Wednesday.

The Metropolitan Police Federations says attacks on officers seem to be increasing.

Yet again this starkly shows the dangers @metpoliceuk face and the bravery they show each and every day keeping Londoners safe.

We are not society’s punchbags. We have families we want to go home to at the end of every shift. But the dangers are stark. And seemingly escalating.

Good news is two men, aged 28 and 30, were arrested following the incident. Like I said though it’s not a great time to be a police officer anywhere in the world and I can imagine many will be reconsidering whether it’s a career worth staying in or pursuing in the first place if the current climate doesn’t change anytime soon.

Get the feeling we’ll be seeing more of the same this weekend, when Tommy Robinson and his ‘football lads’ clash with Black Lives Matter in London. Disaster waiting to happen.