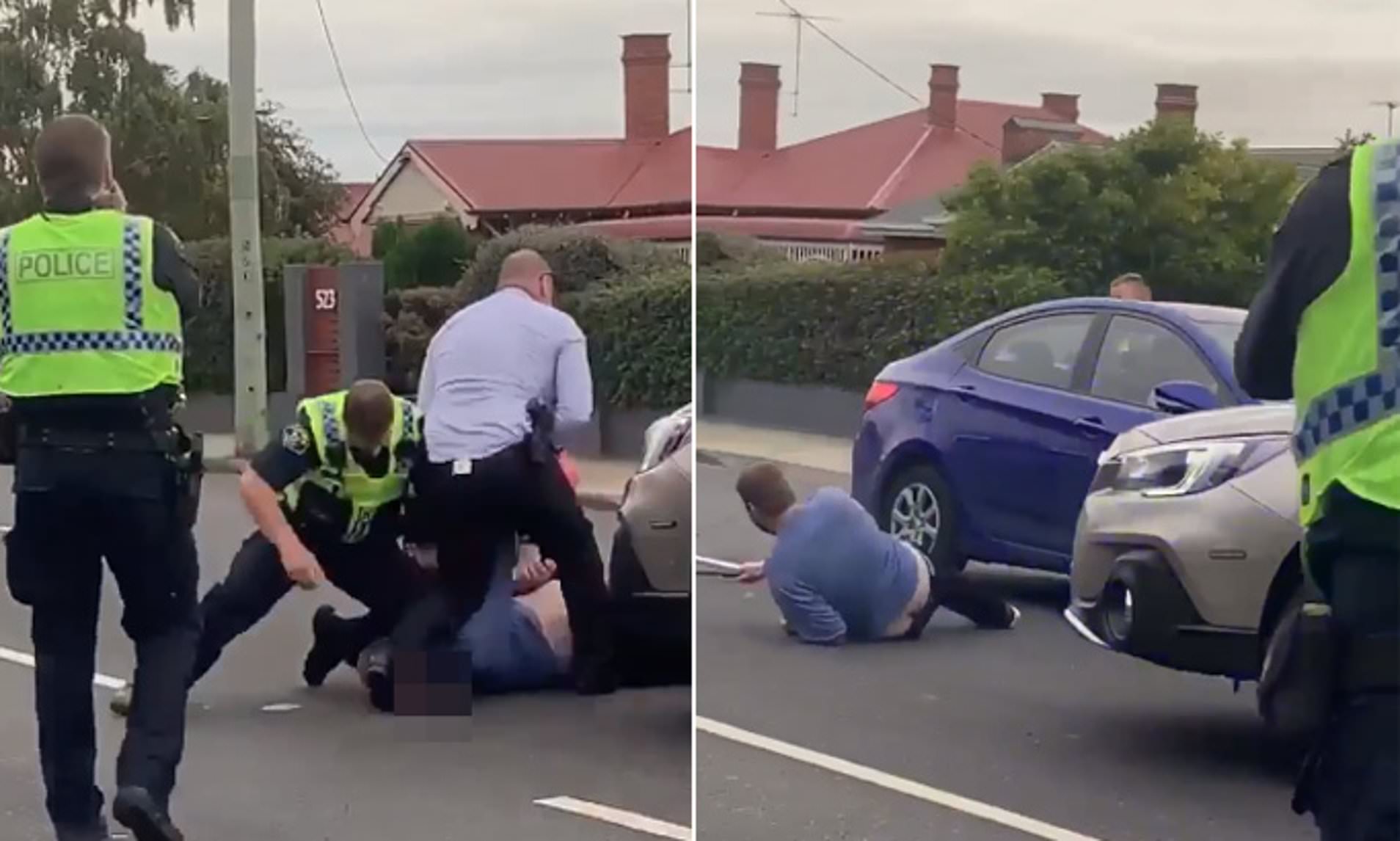 A 20-year-old man who tried to rob a pharmacy in Hobart, Tasmania, saw his plan go tits up after police arrived at the scene and (eventually) dealt with him in brutal, but necessary, fashion.

I don’t know why nobody tased him in the first place but it seems like everyone was really determined that he be rammed into by a police vehicle, which is eventually what happened and resulted in the man’s arrest:

You love to see it. OK a couple of the officers got some sneaky punches in at the end there that arguably weren’t necessary, especially when you’re probably dealing with a mentally ill person. But nobody likes having a knife waved at them by a crazed armed robber, do they? Not even the police. So I think we can make allowances in situations like these.  Plus according to MailOnline there was a hand and ankle injury to two of the officers so maybe a little personal payback was warranted all along.

What was really funny was the person filming cracking up laughing when the police car rammed into the psycho with the knife. Just kicking back and enjoying the show like the rest of us.

For the infamous Croydon zombie knifeman who was let off 21 times before being jailed, click HERE.