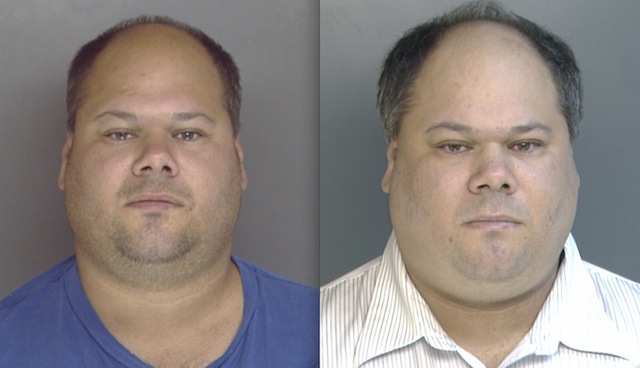 The streets of Philadelphia might finally be safe to walk again.

The police have finally caught up with the Swiss Cheese Masturbator, a couple of days after Philadelphia journalist Victor Fiorello went to his house and figured out that Chris Pagano was probably the pervert in question. Nice work police.

Officers from Philadelphia’s Special Victims Unit arrested Pagano on Thursday morning and he now faces charges of indecent exposure, stalking and harassment. Court documents have also revealed that this isn’t the first time Pagano has been accused of soliciting people with cheese, as he faced similar charges in 2009:

‘Court documents revealed that Pagano was arrested in 2009 after he allegedly “removed a large block of cheese from his pocket” and offered a woman on the street “$20 to rub the Swiss cheese on his penis.” Pagano pleaded guilty to disorderly conduct, and a solicitation charge against him was dismissed’

Through the eye of our camera. Cops bringing in the alleged swiss cheese Pervert. @FOX29philly pic.twitter.com/qcIBdyDVw6