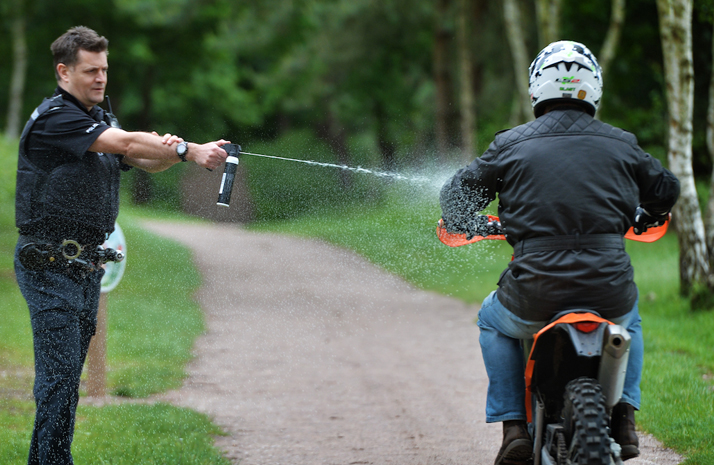 It’s pretty goddamn annoying when you’re walking along minding your own business with your phone out and some prick rides past on your moped and tries to grab it out of your hand, but this is unfortunately a symptom of modern life in some areas of the country.

Thankfully, it seems like the police force are actually getting off their collective asses for once and trying to do something about it. Not really sure if arming police officers with water pistols is really going to be that useful though, but Gary Higgins – the Consultant Director of Security Services at SmartWater – is going to try and convince us otherwise:

This is the latest effective deterrent perfected by SmartWater which can be used in the ongoing fight against crime.

The cans dispense a spray stream of uniquely coded liquid to accurately, forensically tag offenders up to eight to 10 metres away. It is invisible to the naked eye but glows under UV light.

The liquid is near impossible to remove and will remain on skin and hair for weeks or months, even with frequent washing.

SmartTag is ideal for police and law enforcement, allowing for discrete tagging and identification of offenders as well as being used to reduce the risk of attack for ‘at risk’ people, such as security guards, door staff, shopkeepers and hospital staff.

When an arrest is made, SmartWater scientists will analyse traces of SmartWater found on the offender to identify the unique forensic code, linking it back to the crime scene or incident. SmartWater has already been used to jail thousands of criminals and retains a 100 per cent conviction rate in court.

Our scientists only require trace the size of a speck of dust to link the offender back to a crime scene. 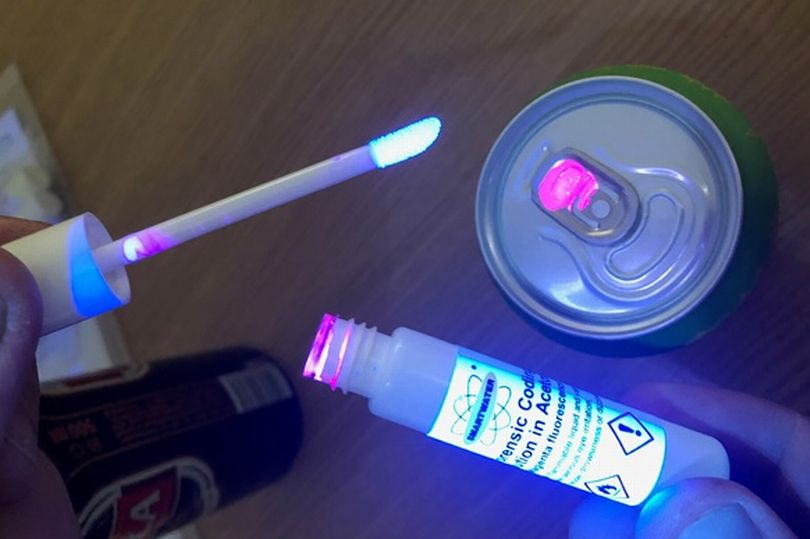 I mean that’s pretty cool, but the cops still have to find the guys and arrest them before any of this is useful and if they’re speeding off on a moped and the cops are busy firing a water pistol at them, chances are that that isn’t exactly going to happen that quickly. Still, you can’t argue with 100% conviction rate so maybe this will help in some small way. Fingers crossed.

For more water pistols, check out the world’s largest Super Soaker. Prepare to get wet.