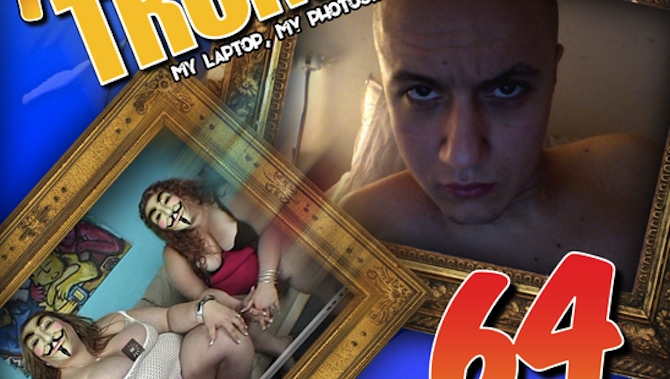 Thanks to Sick Chirpse and some other websites that featured it (and a TV show sting that is going to be shown later this year) Plumpy got wind of this tumblr and started sending abusive messages to its owner. Then, yesterday he got wind that I had written the articles on Sick Chirpse embarrassing him and he decided to email me this. Guess he really showed me. 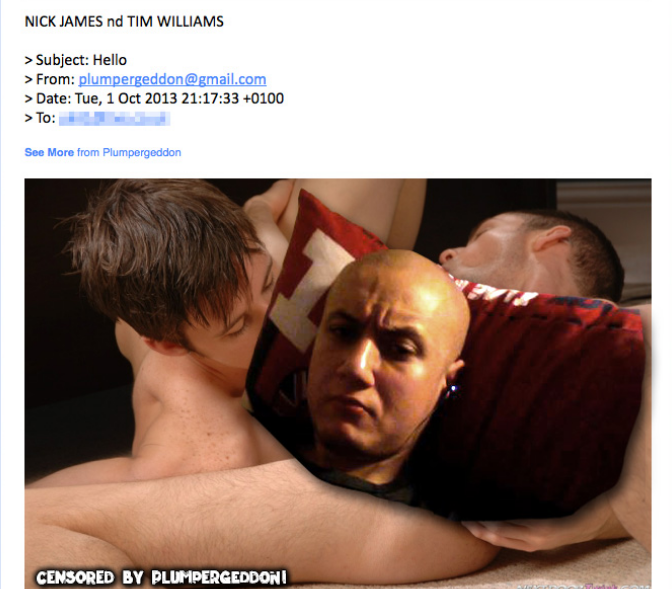 In case you can’t figure it out, it’s a picture of two guys sucking each other off. I guess he’s calling me gay. Nick James is the fake name that the TV presenter used when they set up the sting by the way.