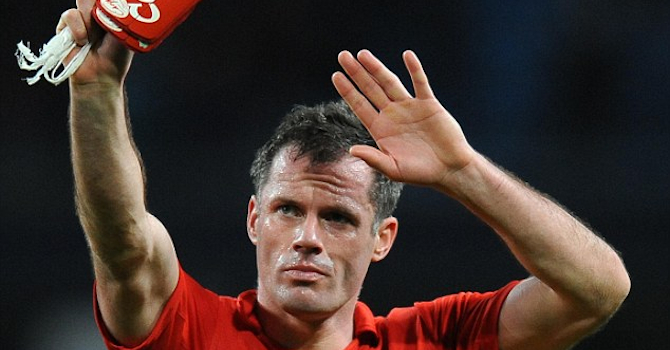 I don’t know if Jamie Carragher was well renowned for his fashion sense when he was a football player but if he was then it seems like he completely lost it when he retired. Chances are he never had any at all to begin with – I mean he’s a Scouser, right? – and it’s just a lucky coincidence that I can make a joke that he’s lost what little fashion sense he had since he retired. It’s probably also a lucky coincidence for Jamie Carragher too because he won’t get as completely rinsed for this as he would have done when he was a player.

Basically, it seemed like Jamie Carragher decided to spend the first couple of weeks of his retirement in Ibiza. I doubt he went over there to much a load of pills and rave his tits off as I’m pretty sure he’s a family guy and probably isn’t interested in that stuff, although he would have probably had to have been clean all the way through his footballing career so maybe he did give it a shot to see what all the fuss was about.

This would explain this photograph, as he must have been on some mind altering substances when he decided to buy these shorts, and  then probably took some more which would explain why he thought it would be a good idea to wear these shorts to the airport. I mean maybe they’re just about justifiable if he was on the beach with loads of other people wearing short shorts, but to travel on a plane somewhere surely you should be wearing some slightly longer shorts, right? Or even trousers.

Carra reminds me a bit of Danny Dyer’s character from The Business which was set in the 80’s. Everyone knows the 80’s was not a good time for fashion and it seems to be exemplified in that movie, as well as in Jamie Carragher’s dress sense right now. I hope he sorts it out for when he becomes a pundit or a manager.

You can check out the picture below, it was originally tweeted by @Hayley_LFC alongside the comment: ‘Look who my mums ex-boss bumped into in Ibiza. Gotta love his shorts, lol #LFC’

Look, It’s A Liverpool Shirt Made Out Of Condoms 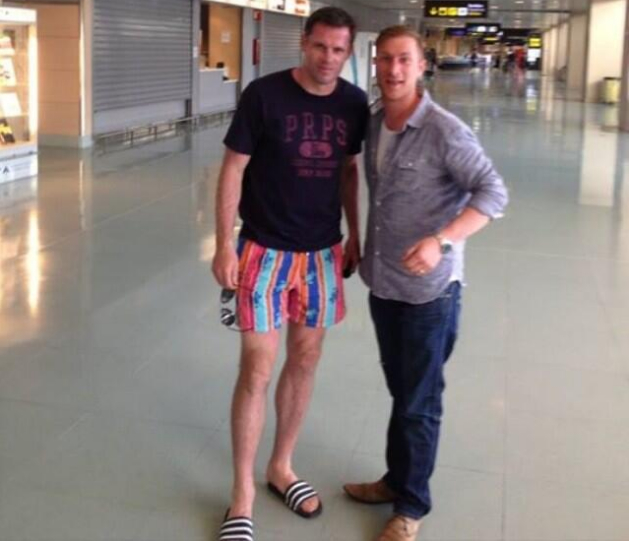