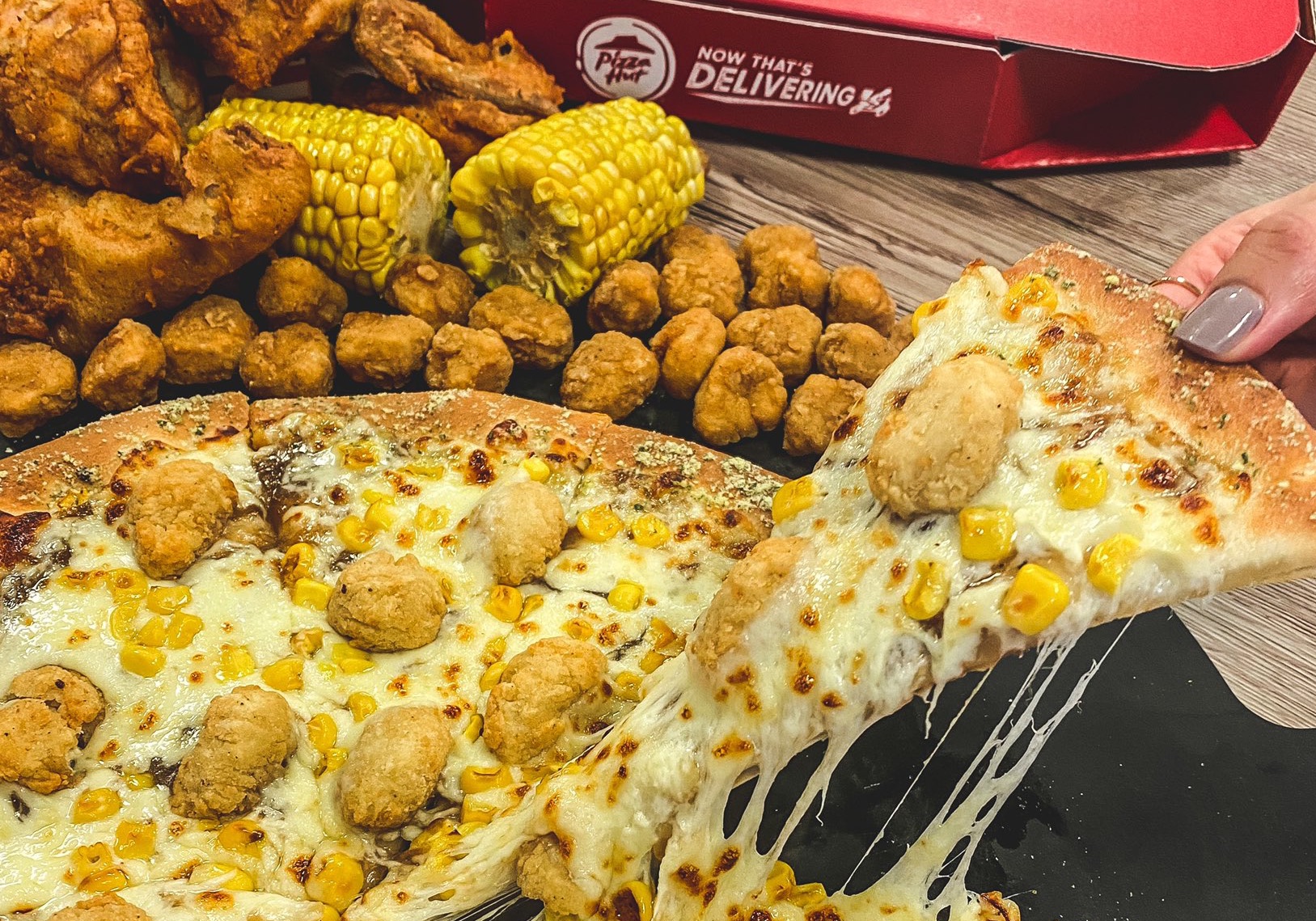 It has a gravy base.

It’s not often that you see two oft he biggest fast food brands in the country team up to bring you a collaboration dish, but that’s exactly what KFC and Pizza Hut have done in order to celebrate National Pizza Day with the KFC Popcorn Chicken Pizza.

The pizza was unveiled today and will be available for the limited edition period of two weeks up until the 16th February. The recipe is as follows: KFC’s iconic Gravy on a Classic Crust base, with mozzarella cheese topped with fan-favourite Popcorn Chicken and sprinkled with sweetcorn. Now, that’s what we’re talking about.

Customers will be able to choose from a large classic version of the pizza or a large classic version of the pizza with garlic – both will set you back £18.99 and they’re only available from Pizza Hut and not KFC. They’ve gotta be delivered as well so don’t rock up to your local Pizza Hut and sit down expecting one to rock over to you because it ain’t going to be like that, no siree. Only delivery.

You would be dumb not to take advantage of this epic collaboration, but if you fancy some other kind of pizza why not check out this fried chicken crust pizza. That is some next level type of pizza.