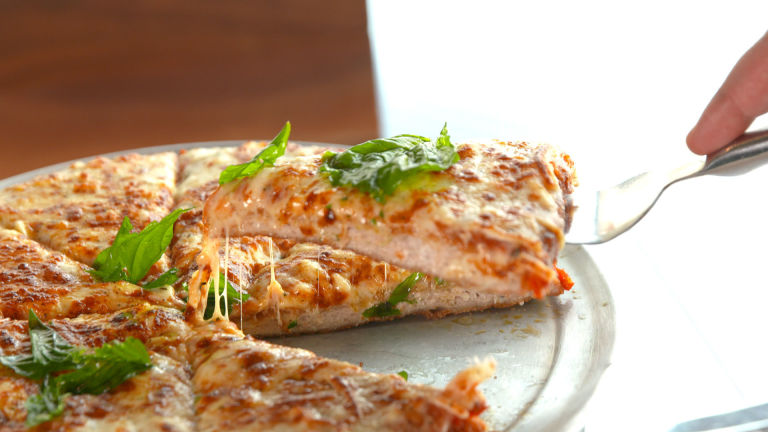 Pizza and fried chicken are two of the greatest foods known to man, but what if you were somehow able to combine the two? And no, we’re not talking about having a fried chicken topping on your pizza, we’re talking about something much bigger than that.

Over at Quality Italian in New York, they’ve taken the classic Chicken Parmesan recipe from Middlesborough and really run with it, creating a whole massive pizza that uses fried chicken as its base. The pizza is 14 inches with eight slices and it’s recommended that you share it with a friend because it’s that fucking massive. Check out this video of it below:

Since its opening, the Chicken Parmesan has become the signature dish of the joint, with almost everyone that visits it having to get one. I can’t blame them – it looks absolutely delicious.

In case you’re wondering, the chicken base is topped with the following ingredients: a three-cheese blend of parmesan, pecorino and mozzarella, a hit of basil, arugula salad, dried olives, red pepper flakes, the house spice mix, and a jar of Calabrian chile honey. Apparently the honey really makes it.

Next time I’m in New York, I’ve gotta hit this place up basically. It just looks like such a classic version of this dish doesn’t it? Until then, I suppose I can settle for the world’s most expensive pizza down in London.