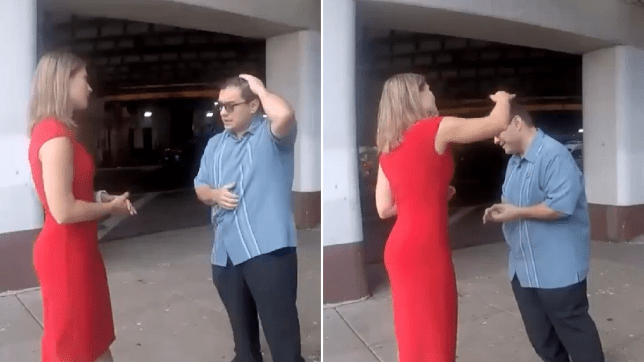 There’s a train station over in Chicago that is constantly under attack by pigeons shitting everywhere, to the point that it has now come to be known as ‘pigeon poop station’.

Democratic State Representative Jaime Andrade was talking to CBS at Irving Park Blue Line Station this week, only for the interview to be interrupted in the most perfect way possible – by a pigeon taking a dump on his head.

That actually looks so bad that maybe they should start advising people to wear headgear or at least carry an umbrella whenever passing through this station. No one wants to be shat on by a pigeon on their way to and from work – what a nightmare.

We always knew pigeons were up to no good though – remember the one that was arrested on suspicion of spying on Pakistan?