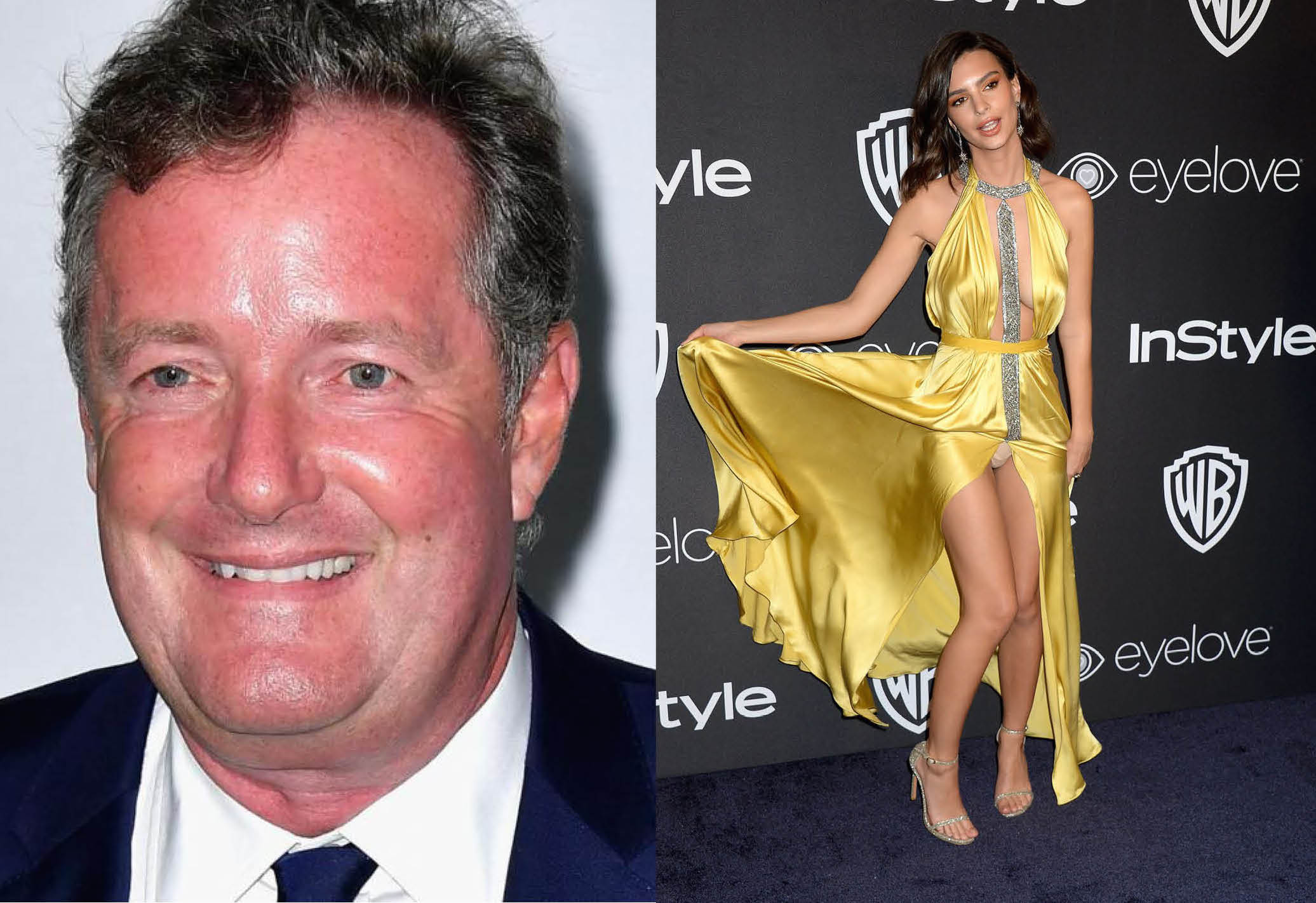 When will he learn?

I’m not sure if any of you remember earlier last year when Piers Morgan got ripped to shreds online for slut-shaming Kim Kardashian and Emily Ratajkowski over their topless selfie (which you can see here if you’re really interested).

OK, so he did have a point in that this picture is the total opposite of what ‘female empowerment’ should really mean. But Piers does not have an integral leg to stand on and every time he calls out Emily Ratajkowski, he just makes himself look like a complete and utter wanker. As per usual.

Amazingly, he’s managed to do it again, this time with a tweet ripping into the model for flashing her knickers at the Golden Globes. Again, yeah, what the hell was she playing at? But this is a man who hacked into a dead girl’s phone. He is not the person who should be making social commentary on any current issue. Here’s the tweet in question:

And HERE is just a little taster of the absolute ass beating he’s been getting online:

Its about time she reported you for stalking to be honest.

He has this weird ongoing thing about attacking her for her appearance. I don't get it…

If it offends you that much, close the photo and move on with your life, son.

Ouch. Nevertheless, this is probably exactly the kind of reaction Piers is looking for. No publicity is bad publicity in this douchebag’s eyes and as long as Emily continues to get her fanny/tits our for the general public, Piers is going to continue to lay into her. This battle could be going on for a long time.