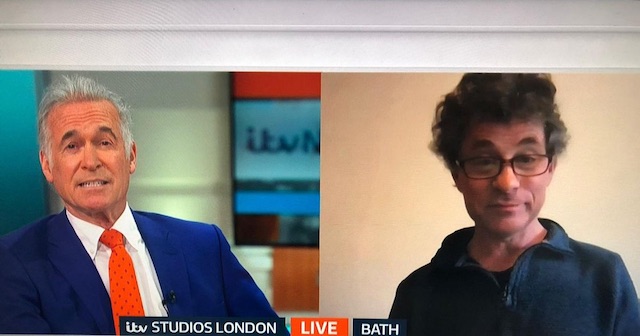 The guy got told.

The main funny story yesterday was undoubtedly Keir Starmer getting violently thrown out of a pub in Bristol after he popped in for a visit, with the landlord shouting and screaming at him for not holding the government to account over their handling of the pandemic and this morning the landlord in question decided to show up on Good Morning Britain for an interview with Dr Hillary Jones and the gang.

Unfortunately for Rod Humphris, this didn’t go well for him at all as his anti lockdown rhetoric and stats that he had collected to validate his opinion were ruthlessly shut down by Dr Hillary Jones. You can watch a clip from the interview below and you really do have to give it it Jones because he really does make the guy end up looking like a bit of an imbecile:

.@DrHilaryJones clashes with a pub landlord who told Keir Starmer he ‘failed this country’ for not opposing lockdown. pic.twitter.com/nxEPtrAe8Q

Yeah nicely done there really from Jones wasn’t it? Always gotta make sure you know your stats hey?

It’s kinda easy to forget that Piers Morgan was somewhat of a national hero for his questioning of politicians during the pandemic last summer given his recent controversial actions re: Meghan Markle, but even though he’s no longer on Good Morning Britain he’s clearly paying attention to whats’s going on on the show. Shortly after it aired, Morgan decided to tweet his approval of Dr. Jones’s takedown as well:

Brilliant work by @DrHilaryJones, exposing that gobby publican for the callous ill-informed halfwit that he is. 👍 https://t.co/rBDhLaUPhF

Guess Humphris never really had a chance with these two at him hey? Even though he looked like a bit of a fool today though, I don’t think anyone is going to deny that it was vey funny when he threw Starmer out of the pub and almost looked like he was going to attack him, so we can probably forgive him for being a bit of a lockdown sceptic.

For more of the same, check out Piers Morgan telling us that he wasn’t allowed to have an opinion on ‘Good Morning Britain’. Ouch.