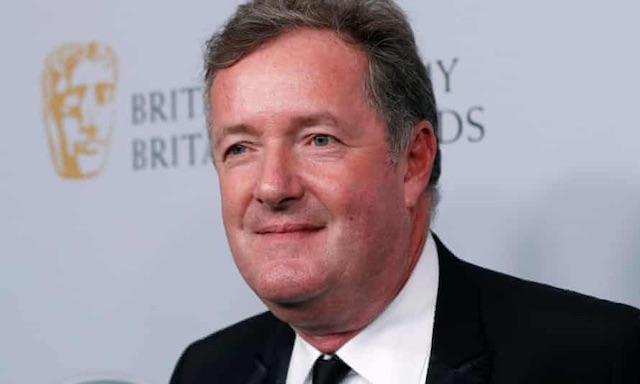 All the fallout from Piers Morgan’s exit from ‘Good Morning Britain’ seems to have died down just as quickly as it kicked off only a week later, but Morgan is up to his usual tricks on Twitter inciting everyone and getting them all riled up.

Here are a couple of his incendiary bait tweets that he’s posted in the last 24 hours:

I never miss a thing.
And revenge is always a dish best tasted cold. https://t.co/K6epAbiNG9

Well, that’s mysterious and kind of terrifying isn’t it? Well, no, not really. We all knew that Morgan was going to come back fronting a new current affairs program – most likely on GB News – and we’ll probably all hear about him interviewing guests and being a dickhead for years to come because that’s just what he does. And to the fair to the guy, he’s pretty good at it and causes controversy/gets ratings wherever he goes.

I just don’t think saying that he’s coming for the ‘woke’ mob is really that surprising or even that interesting at this point, as it’s been pretty much his calling card for the last few years and he hasn’t really achieved anything in constantly calling them out. Find it hard to believe that he’s going to do anything to get his revenge on some guy called Darren either, but maybe Darren will be quaking in his boots for years to come. (EDIT: just realised that probably isn’t what that tweet means, but it’s way funnier to think that Piers is coming for a nobody named Darren so I left that bit in.)

Anyway, it’s sadly only a matter of time before he’s back for good. Snakes like that always seem to slither their way back to the top.

For more of the same, check out when a guy who identified as broccoli was ripped apart by Piers Morgan. That was actually pretty funny I guess.