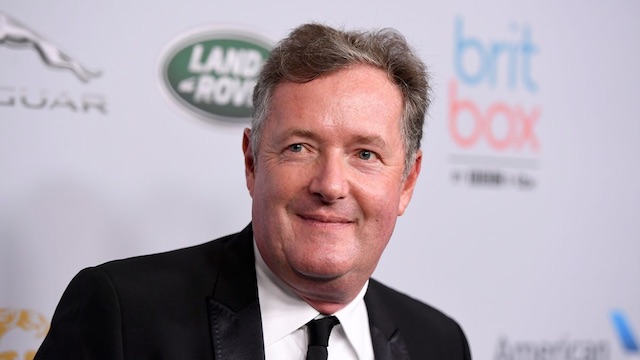 They’re coming for him.

It’s been a pretty bad week for Piers Morgan after he walked out of ‘Good Morning Britain’ over his opinions of Meghan Markle and it now turns out that he’s apparently been fielding death threats from teenage girls during the last couple of days as well.

The news comes courtesy of his son Spencer, who posted about the horrific messages his father had been receiving over on his Twitter account:

The majority of people on here are too scared to go even the slightest bit against the grain. Thankfully people in real life are 💪

To be specific it’s early teenage girls. The ones who ‘stan’ stuff and have shit like one direction in their bio. Sending death threats etc, you name it. Poor kids – hope they get help https://t.co/8vkOyzCs2s

Yeah I think he’s probably right there on the death threats part. Whatever side of an argument you’re on, I don’t think it’s ever right to say that you want to kill someone or that you hope their family die or whatever – that’s only going to diminish your argument and make you look like a homicidal maniac. If you have to say something like that, just say you’re gonna fuck their mom or something. Much simpler.

Teenage girls are gonna do whatever they want though aren’t they? Sure it won’t have upset Piers too much.

For more of the same, check out BBC News interviewing the wrong person about Morgan’s departure from Good Morning Britain. Whoops.