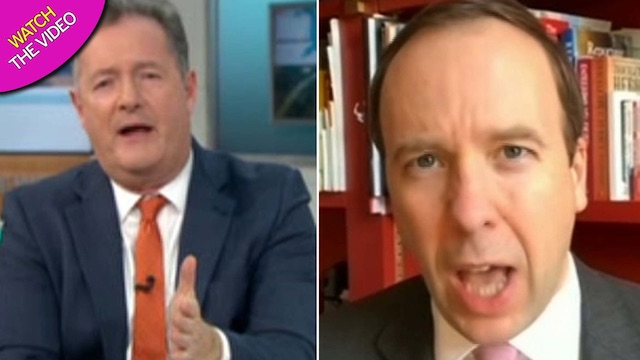 It kinda seemed like it was a bit glossed over on Friday/over the weekend when Matt Hancock was found to have broken the law and handing out a bunch of billion dollar PPE contracts to his mates, but at least Piers Morgan has given him his due and called him out about it on Good Morning Britain today.

Hancock might have thought that he was going to have it easy from Morgan after the vaccine rollout had been going so well and Boris Johnson’s roadmap out of lockdown gave the nation hope yesterday, but this wasn’t the case at all with Morgan practically erupting at him when he refused to apologise for his blatant cronyism. Hancock then changed the subject and tried to talk about how his team should be thanked for their work during the pandemic, when Morgan dropped an absolute truth bomb on him by saying that his team had presided over the worst death toll in Europe. Ouch.

You can watch the short highlights below or the full version underneath that:

Hancock – we should be thanking my team

Matt Hancock on landing up in court over covid contracts

“I would do exactly the same thing again” pic.twitter.com/c7rcBPYDCM

God I know we shouldn’t be surprised by now, but do you think that Hancock or Johnson will ever admit that they were wrong about anything? Doesn’t seem like it does it, but at least we have Piers Morgan out there telling him off for now.

I just feel by the time the next election will roll around everyone will have forgotten how bad things were during the pandemic as we’ll be enjoying the roaring 20s again, so they’ll literally never be held accountable. We’ll see I guess.

For more of the same, check out when Good Morning Britain ambushed Matt Hancock for an interview. That was a funny one.