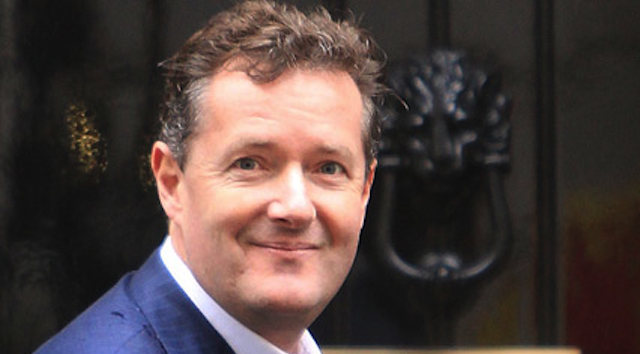 Some great news to brighten up your Monday.

Great news to brighten up your Monday – that smug prick Piers Morgan has been fired from his job on CNN over in America due to a massive fall in ratings.

In case you didn’t know, CNN replaced Larry King – who had held the position for ten years – with Piers Morgan three years ago in their popular LIVE section, which would mainly see the host interview a variety of different characters and celebrities. Naturally, Piers Morgan was a smug prick about landing such a sweet job that would increase his notoriety massively due to the fact that it was broadcast all over America and probably most of the world too.

Unfortunately for him though, American audiences didn’t really seem to like him – mainly because he was always lecturing them about anti-gun laws and the gun culture prevalent in the south (which I’ve got to say is a good thing) and a lot of people in the midwest and south didn’t take kindly to this and tuned out, for obvious reasons.

Morgan insists he didn’t really enjoy doing the show anymore anyway because when there wasn’t any interesting breaking news stories he felt that his guests were really boring and often undermined the quality of his show. For this reason, the decision to take him off the air is said to have been mutual with CNN boss Jeffrey Zucker, but I’m preferring to think of it as him trying really hard and loving it but completely and utterly failing, because let’s face it that’s way more satisfying.

Morgan’s contract with CNN runs until September, so his show might be on the air until then but there are talks that it could be taken off as early as next month. Here’s hoping, although the one negative connotation of this is that he might get a full time job over here again and we would be forced to listen to his excruciatingly annoying brand of smug crap even more than we had to previously. Fingers crossed that doesn’t happen.

Piers updated his Twitter bio really lamely to reflect that he had lost his job, which is probably the lamest part of this whole fiasco. 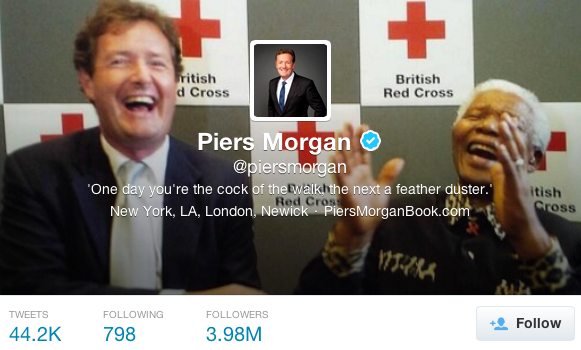