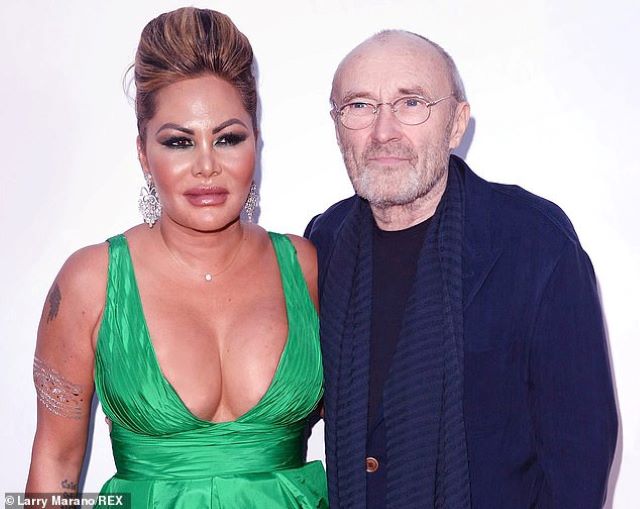 New meaning to “In the air tonight”.

A few weeks back we shared the devastating news that Phil Collins’s ‘fairytale reunion’ with wife Orianne Cevey (now Bates) had ended after she married her toy boy behind his back.

At the time she had threatened to renegotiate the reported $46.76 million he had given her during their divorce. Well not only is she doing that, she’s also telling everyone in court that he literally stinks.

According to People, the 69-year-old’s ex-wife claims that Collins “stopped showering” and “brushing his teeth,” that he became addicted to anti-depressants and that he “became emotionally and verbally abusive” for nearly a year.

Bates, 46, alleged in a court filing:

Philip’s stench became so pervasive that he became a hermit, refusing to interact personally with any people. As a result, Orianne had no choice, but to distance herself from him.

Wow. Sounds like she’s saying that it was Phil Collins’s stench itself that made him so depressed he stopped interacting with people? If so that’s a tough way to be. Although it’s probably more the case that him stinking was a by-product of already being depressed and refusing to interact with people. I wasn’t there though, so who knows? Maybe Orianne is right and the root of the entire problem is Phil Collins’s alleged stinkiness.

Phil Collins’s lawyers have already refuted the claims, describing them as “immaterial and impertinent” to the case and categorised Orianne’s allegations as a means of “extortion.”

They are scandalous, scurrilous, unethical and, for the most part, patently false or grossly exaggerated.

Not surprised that Collins’s team was quick to shut the allegations down. You don’t need your ex-wife telling the whole world you stink when you’re a 69-year-old bachelor on the town, right? Although it’s a bit weird that his lawyer’s statement reads “for the most part”. Which part of it is true then?!

Her own lawyers fired back quite brutally:

Instead of his Trumpian disinformation campaign, his hidden cameras and private investigators, perhaps Mr. Collins should clean up his own act, literally and figuratively, and honor the commitments he made to Orianne when they moved in together.

Comparing Phil Collins to Trump? Bit of a weird smear that. Anyway, let’s hope they can settle this like adults and leave each other alone instead of resorting to cruel public remarks about each other. That’s no way to go about things now, is it?

To read about the couple who divorced after just three minutes of marriage, click HERE. Must be some kind of record.