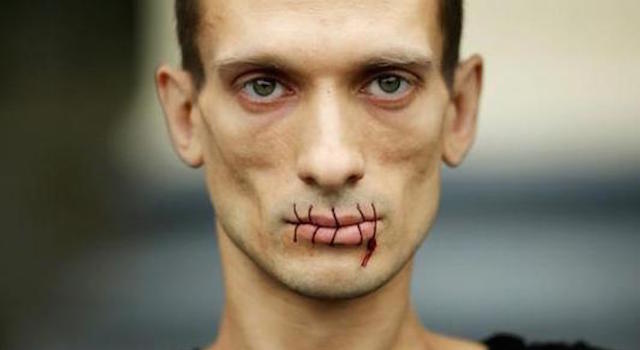 A Russian artist just chopped his ear off in public.

No, that isn’t some mocked up headline. Russian ‘artist’ Petr Pavlenskiy is well known for his self multination stunts and has taken it up another level by cutting off his own ear in public.

Petr Pavlenskiy is one of those people that likes to hurt himself as a way of protesting, such as the time he hammered a large iron nail through his scrotum and into the ground in front of Moscow’s Red Square in protest at the way the country is run.

In the past he has also sewed up his lips and wrapped his body in barbed wire, absolutely mental. 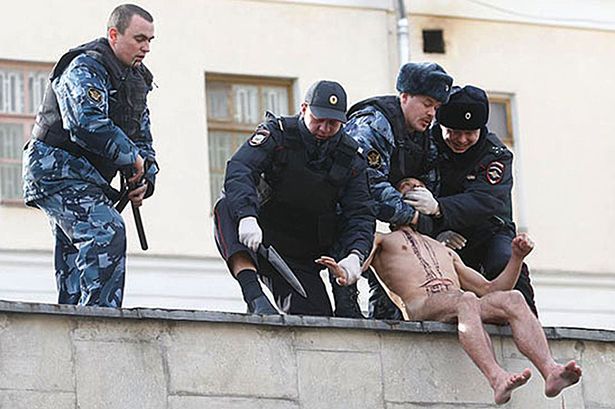 The 30 year old claimed he sewed his lips in protest against the arrest of band Pussy Riot, however he is yet to reveal why he stripped naked and sliced his own ear off in front of passers by in Moscow.

He was seen sitting butt naked on a wall on Serbski Street in the Russian capital, he then pulled out a razor and sliced off part of his ear for whatever reason. Police arrived shortly afterwards and he was taken to a local hospital.

It seems like this guy and the Mexican Devil Man would make quite good buddies.