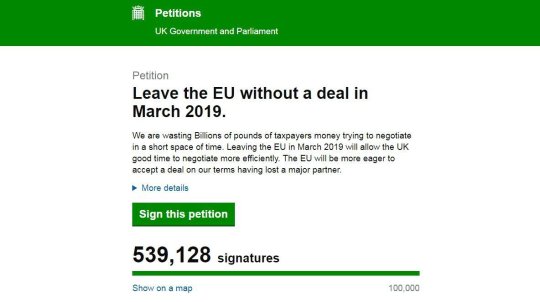 The petition to revoke Article 50 and remain in the EU is the biggest Parliamentary petition in history with over 5 million people signing it at the time of writing, but obviously judging by the comments flying around about it not everyone is happy about the idea that this might actually happen.

Of course, it seems likely to anyone with a brain that the petition won’t actually achieve anything, but a rival set of Brexiteers have decided to set up their own petition to leave the EU without a deal on March 29th as originally planned. This was actually set up way before the more recent one and has about half a million signatures and was actually debated in Parliament as it smashed the 100,000 signatures needed to achieve this.

Here’s what the government said in response to it: 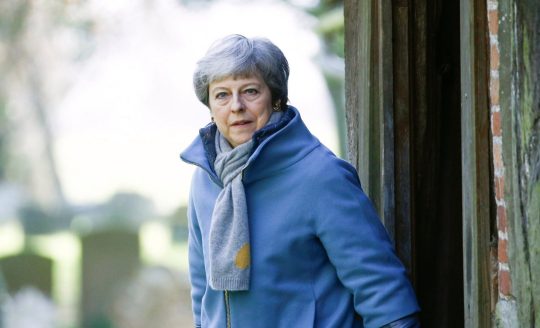 The deal that we have reached with the EU is the right one for the United Kingdom.

Leaving without a deal would risk uncertainty for the economy, for business and for citizens.

So yeah, not really that useful like pretty much every other time the government has commented on Brexit. You can still sign the petition if you want and I guess it might make you feel better about the whole situation or something. I doubt it’s actually going to do much good in a practical sense though.

For more of the same, check out this guy who thinks it’ll be good if there’s a food shortage in this country. Idiot.