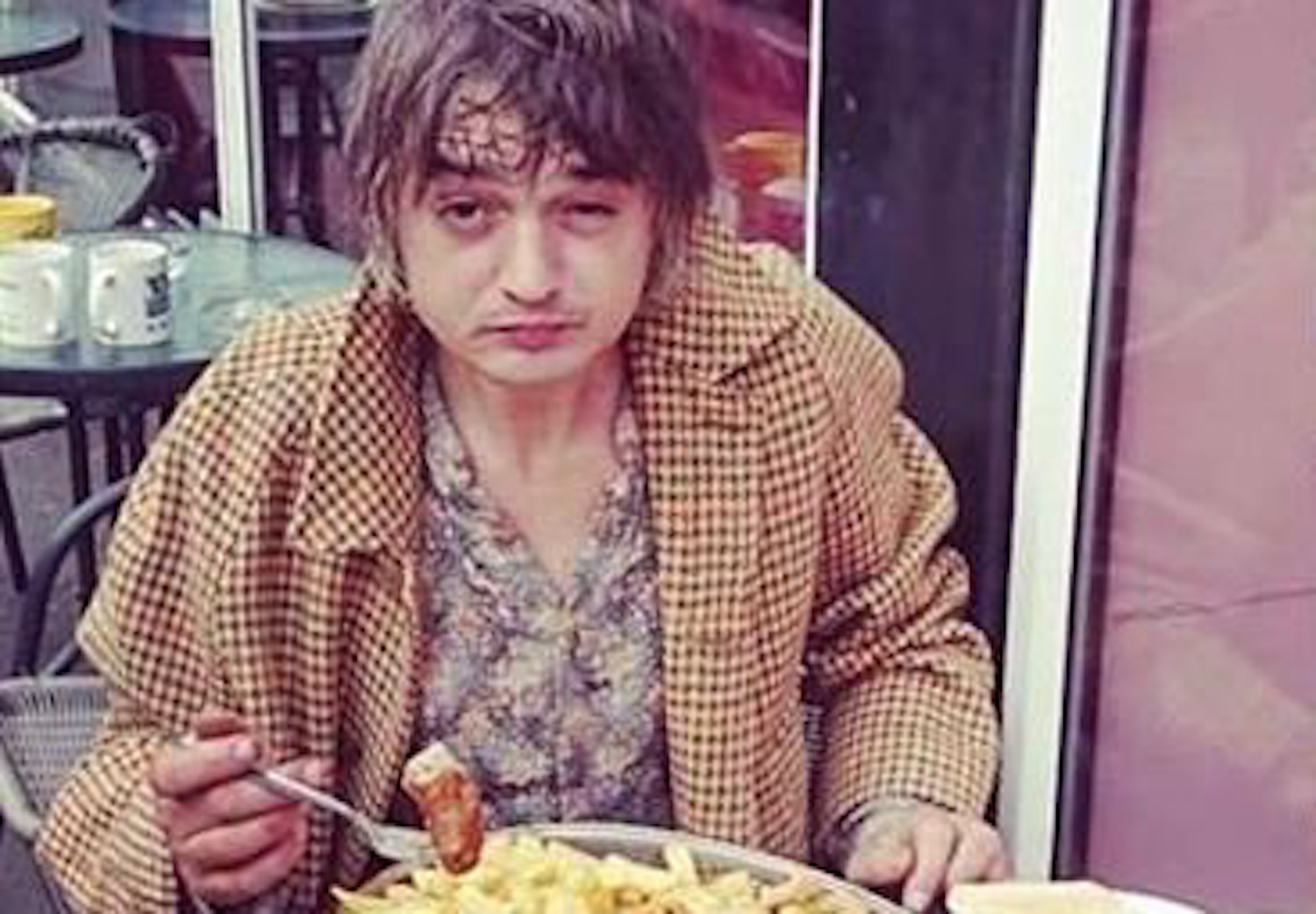 When you think of Pete Doherty you think that he’s probably pretty good at a few things: playing guitar, singing, shooting up drugs, but I doubt anyone would have associated him with being a UK version of Man Vs Food. I mean for a start junkies don’t seem to ever really eat, do they?

Anyway, enough bashing Pete for his (former) drug habit, it turns out that he can pile away the food too. Pete and his bandmates recently moved to Margate to set up the Albion rooms hotel and studio and he decided to casually attempt the Dalby Cafe breakfast challenge this morning.

This consisted of four eggs, four bacon, four sausages, chips, hash browns, onion rings, bubble, beans, mushrooms, two slices of toast and tea. You had to do it in under 20 minutes to beat it and cafe manager Alan Wood said he managed to do it in a cool 19: 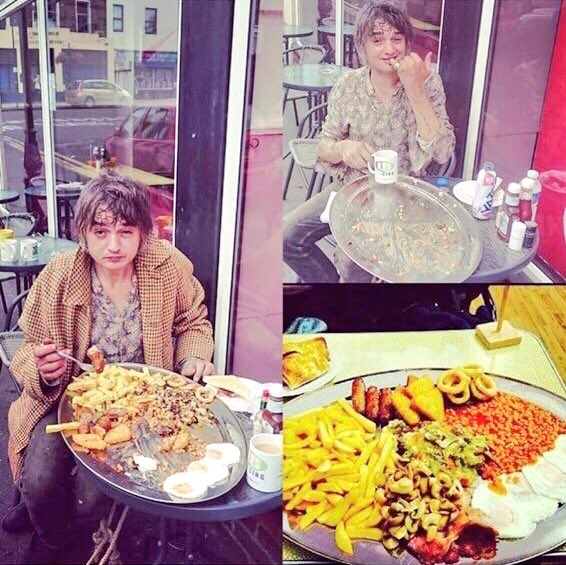 Plenty of other people come in and try it but fail. Pete just came in and ordered it, he finished it in under 20 minutes.

Afterwards he just sat there and had a fag whilst watching the world go by.

To be fair he does look like he hasn’t been to bed for a few days and probably hadn’t eaten in that period (i.e. looking the most Pete Doherty ever), but even in that scenario it’s hard to wolf down a lot of food because you’re not used to it. Fair play to the guy for getting through it and not minding having his picture taken. Hopefully his new studio etc will be a success and he can stay off the drugs. Respect.

For more Pete Doherty, check out when he got caught trying to smuggle heroin through Italy. Idiot.