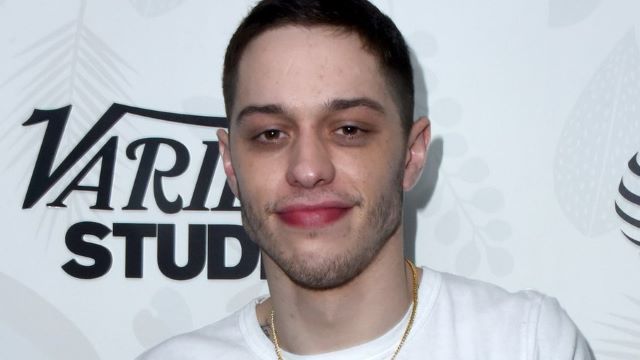 I’m not sure why multi-millionaire celebrity Pete Davidson chose to live in his mum’s basement until the age of 27, but he’s announced this week that he’s finally packed his bags and moved out into his own $1.2 million space.

Having taken the piss out his own living situation for years on SNL, Pete shared the moment he struggled to get his keys out to open his apartment door for the first time:

Um, congrats I guess? Finally moving into his own home at the grand old age of 27. Although maybe it’s not all that surprising considering he’s always dated women who are a lot more famous than him (Ariana Grande, Kate Beckinsale) and so probably just slept over at their places all these years. How amazing is that though? Ariana Grande & Kate Beckinsale were shagging a dude who lives in his mum’s basement! There’s hope for all of us yet.

Come to think of it – is living in your mum’s basement even all that bad? Presumably he had his meals and laundry sorted, and didn’t have to spend a zillion dollars on rent every month (not that he couldn’t afford to). Plus it’s not like he was living in just any old basement – get a load of this place:

No wonder he stayed there so long! Can only imagine his new pad is even nicer. Either way, congratulations on the big move. I’m sure his mum will let him move back in if the comedy career ever comes crashing down for whatever reason.

For the time Pete Davidson sparked outrage with a ‘gay dude’ joke on his Netflix special, click HERE. Come on guys, it’s just a joke!