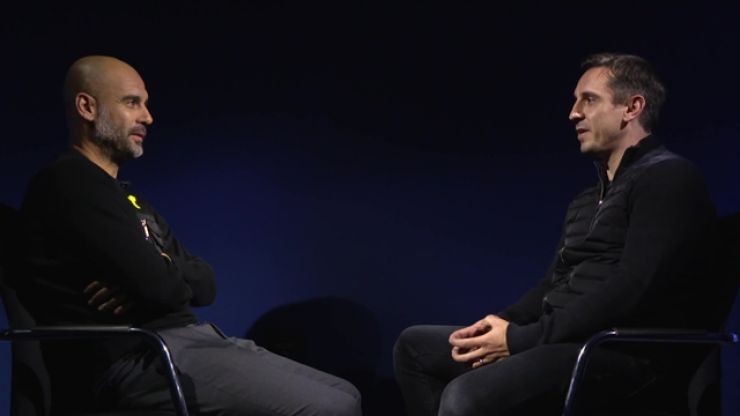 It seems like only a few weeks since the World Cup finished – spoiler alert it was – and now we’re on the eve of the Premier League season beginning and everyone is getting very, very excited.

As such, the promotion for the start of the new season is going into overdrive and Manchester City’s title winning manager Pep Guardiola joined Sky Sports for their Premier League Launch Show yesterday and used the opportunity to rip the piss out of Gary Neville. It’s fairly obvious that Guardiola isn’t stupid and knows who Neville is – and his name – so it seems like referring to him as his brother Phil was an opportunity to get him back for some of the criticism he faced last season from him.

And Gary Neville does not look like he’s taken it that well at all:

Brutal. I suppose if you’re gonna take shots at Guardiola – Neville questioned his reasoning for only naming six substitutes in a game last year when he could have put a youth player on the bench instead – then you better expect him to return fire and absolutely rinse you. Unlucky GNev.

For more of the same, check out this excellent montage of Gary Neville’s best bits. Awesome.