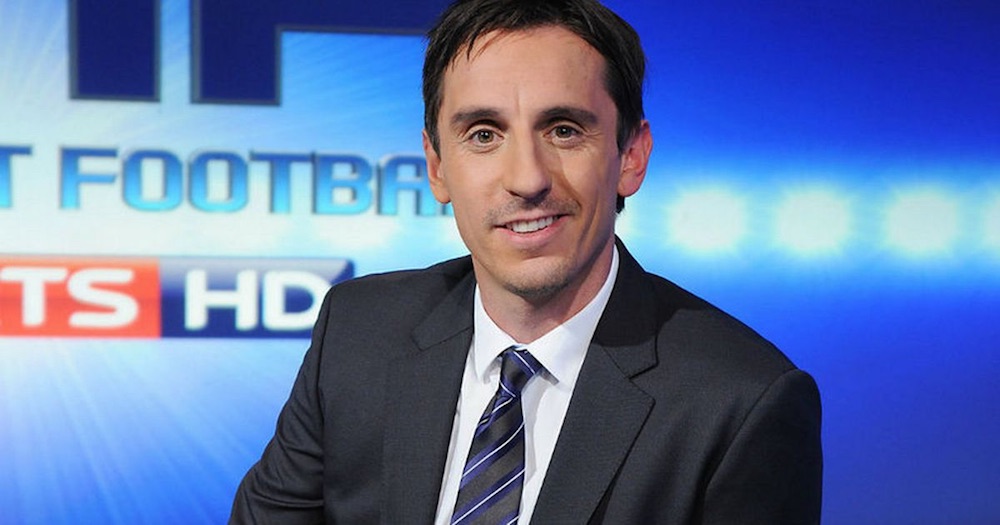 It’s incredible how Gary Neville has transformed himself from one of the most hated footballers in the world into one of the most respected football pundits in the world, but you’ve got to take his hat off to him because he has so fair play. Who would have thought there was actually a really smart, articulated guy underneath the man who would scream and celebrate in front of Liverpool fans after Man United scored the winner?

That’s why pretty much every single football fan is up in arms over the fact that yesterday GNev was shockingly appointed manager of Valencia, which will mean he’ll have to leave his position as a pundit on Monday Night Football. That’s bad enough in itself, but the fact we’re going to be left with Jamie Carragher’s incomprehensible ideas is double the trouble really isn’t it?

As a tribute to Neville on his exit from Monday Night Football, Sky Sports have produced this montage of all his best bits from the show over the last couple years, which really will make it sink in how much we’re gonna miss him:

See you later GNev. Let’s hope it doesn’t work out so well at Valencia so we can have you back shutting down Jamie Carragher every other week with nothing but a few hand gestures and a few stern words that actually make sense. Please come back soon.

In the meantime, remember Gary Neville’s true best moment ever with this insane noise he made after Fernando Torres scored against Barcelona.