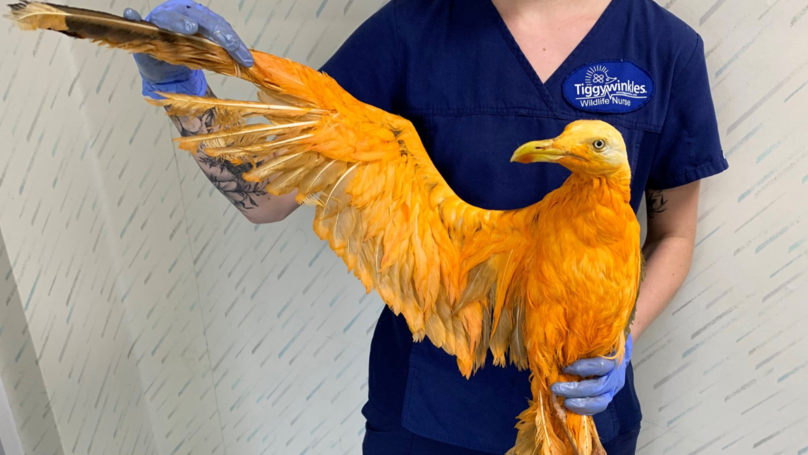 It’s not every day that you stumble across a beard that looks like nothing you’ve ever seen before, so it’s understandable that everyone’s reaction when they saw the weird phoenix like bird that you can see above was to assume that it was some new species or something.

Unfortunately, the reality was a little less exciting and a little more stupid as it turned out that the bird was merely a seagull that had been doused with curry. It was found on the A41 motorway by some onlookers who decided to call the Tiggywinkles Wildlife Hospital for help.

Here’s what the hospital had to say about it all: 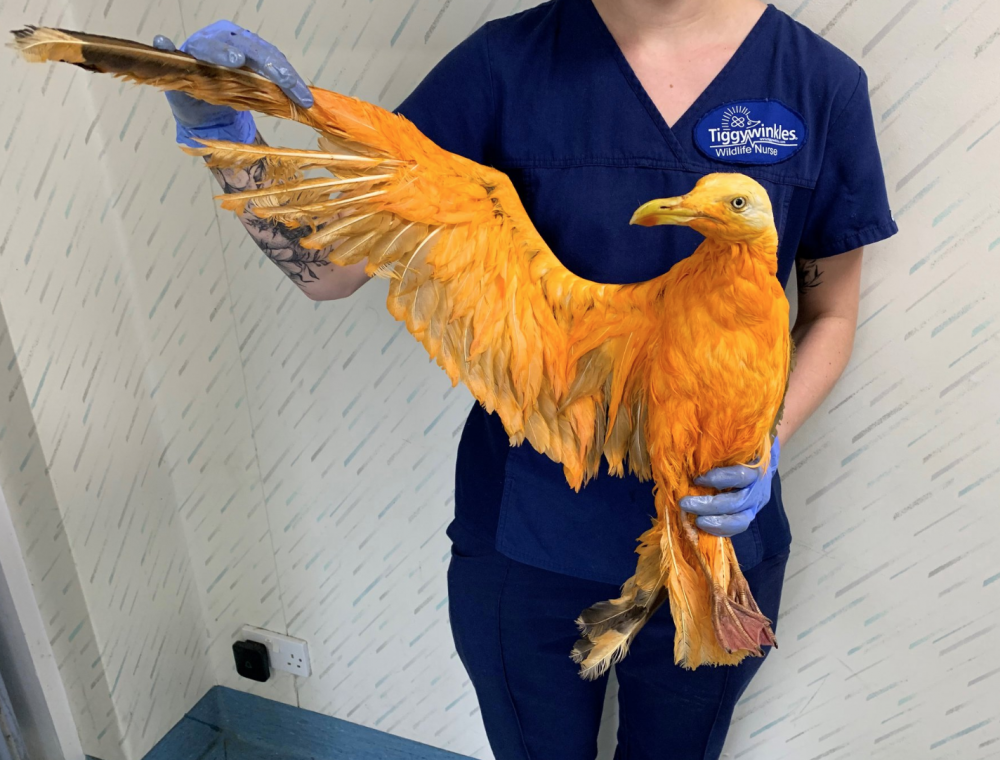 This is one of the strangest casualty circumstances we have seen in a while! When they called to say they had picked up an orange bird, we had no idea what to expect – and would never have guessed at this!

He had somehow gotten himself covered in curry or turmeric! It was all over his feathers, preventing him from flying properly. We have no idea how he got into this predicament but thankfully, apart from the vibrant colour and pungent smell, he was healthy.

He is now looking much better and should be able to go for release very soon! As we say, we never know what will come through our doors next!

In the meantime we’ve decided to name him Vinny the Vindaloo.

Great! Kinda curious as to how this bird managed to get covered in curry, but unless someone did it deliberately and is willing to own up about (two pretty unlikely situations) then it seems like we’re probably never going to know. Oh well.

For more of the same, check out Japan announcing that they’ve created a chocolate flavoured curry. Why?