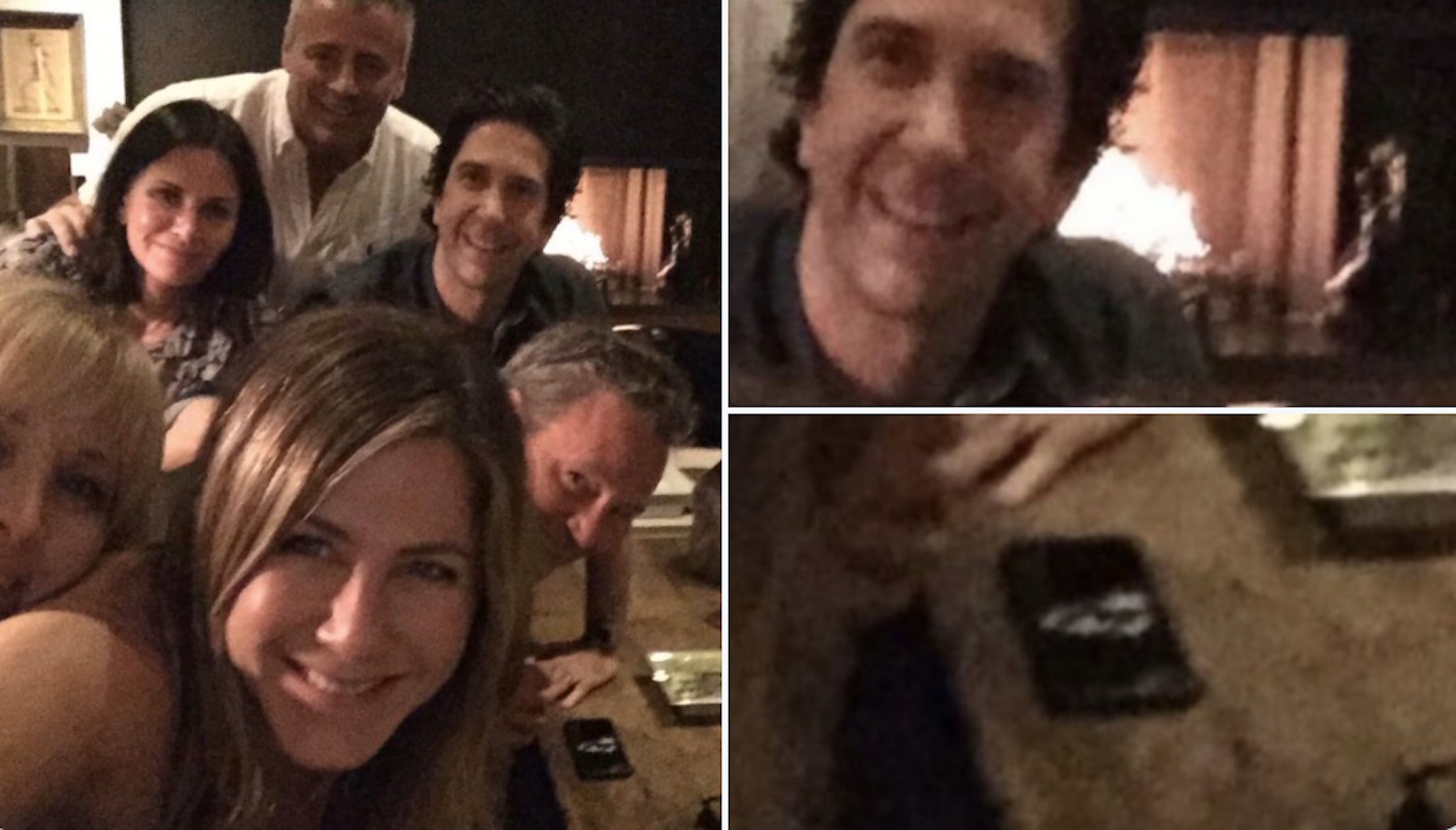 He’s racked up a line there.

Yesterday Jennifer Aniston decided to break the internet by joining Instagram and posting a picture of none other than all of the Friends themselves hanging out together and enjoying each other’s company.

Whilst this was enough to blow a lot of people’s minds, other people were drawn to one small detail in the picture that some people might have missed: it kind of looked like Matthew Perry had rolled up a couple if line of cocaine on his iPhone. Take a look at the evidence below:

Y is literally no one talking about Matthew Perry doing lines of coke off his phone??? https://t.co/7iFJGpPcgn

could Chandlers cocaine use BE any more obvious?!

Well I dunno, could it? Obviously the gang are celebrities and we all know celebrities like doing drugs; Matthew Perry has a history of cocaine addiction and looks like he’s literally in position to snort one off the back of his phone; Jennifer Aniston doesn’t know how careful she has to be with Instagram as she’s only just got it, and that all kinda adds up to the fact that that could be some gak on the back of his phone; but I still think it’s fairly tenuous. I mean you could argue the exact same reasons as for why it almost certainly isn’t some of the good stuff either as well.

Not really sure what else that could legitimately be on the back of his phone case though? A logo? A wet piece of toilet paper that’s kinda stuck to it and gone all lumpy. Matthew Perry’s boogers?

Not really sure of any of those, but if they’re smart – which they probably are – then the Friends won’t even bother acknowledging this speculation and leave it just at that and we’ll never know for sure if the Friends get back together sporadically for cocaine parties in their mansions. I think we probably all know the actual answer to that though don’t we? I mean come on, what else do celebrities get up to behind closed doors?

For more of the same, check out her new TV show with Steve Carell. Wow.