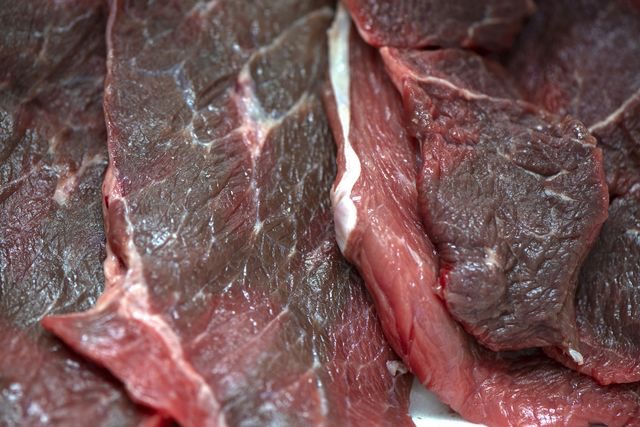 We’ve covered a lot of strange ways that people have investigated in order to try and get high over the years here on Sick Chirpse, but I don’t think that I would have ever thought that eating rancid meat would make it on to the list though.

Here we are in 2021 though and this is exactly what people are doing it seems. Apparently people are leaving raw meat to rot for months or even years before consuming it, saying that it creates a feeling of euphoria.

YouTuber KasumiKriss confessed to VICE for one of their documentaries, saying the following:

The meat isn’t rotten, I prefer to say that it’s fermented.

I wasn’t originally doing it to get high, but I thought that it would be good for my gut health.

The second time, after having my first bite, I felt jovial.

OK. Not sure if I’m buying that, but it seems like this isn’t limited to KasumiKriss as the following tweets prove as well: 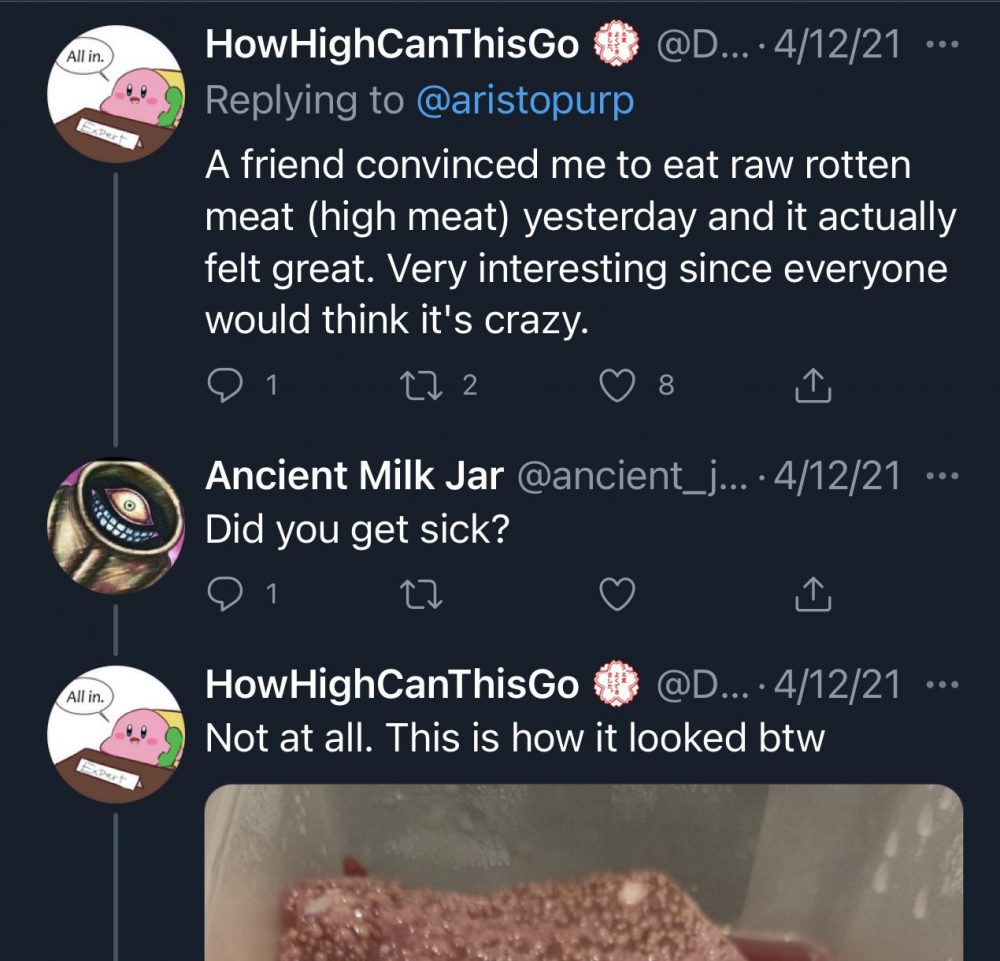 Yeah, I’m literally gagging just looking at those pictures so I don’t think that I would be able to stomach it myself, even if it was under the promise of ‘getting high’. I’m also kinda worried about where they’re storing this meat for months/years and how bad it’s going to smell over that period?

VICE also talked to a dietician consultant from Singapore named Naras Lapsys who had an explanation for why this was happening:

If you’re leaving this out for anything from days to months to years, who knows what kinds of [bacteria] are going to grow, and some of those bacterias might have chemical properties that are going to give you a high, or hallucination, or a feeling of euphoria.

[Letting meat spoil or rot is] a completely uncontrolled process so you just don’t know what kinds of bacterias could be growing on the meat. There’s all sorts of bacteria—salmonella, shigella, E. coli—all of these things that our human body might really struggle with breaking down.

If we’re eating rotten foods, the question is: will our stomach acid do a good enough job to stop them from poisoning us? And the answer is often no.

Yeah, after hearing that I think I’ll just stick to getting high the regular way and not eating gross rotting meat thanks. Freaks.

For more of the same, check out this ex vegan who switched to a raw meat diet. Bit different.