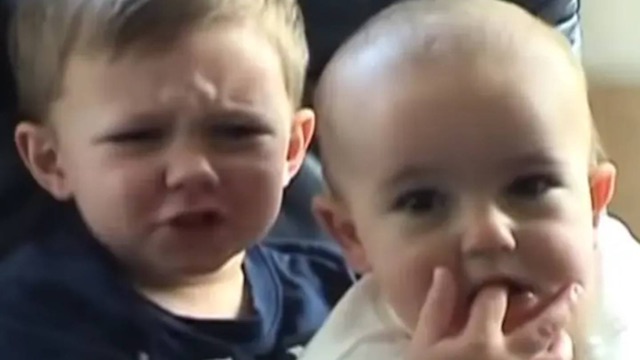 This effectively makes the NFT useless.

We told you yesterday that the original ‘Charlie Bit My Finger’ video sold as an NFT for $760,000 but protesters have today decided to highlight what the whole major problem with NFTs are – even though they’re supposed to guarantee ownership, in a society where the internet is for the most part unregulated, there’s no way to actually enforce this.

As such, a number of users have reuploaded the video to YouTube as a way to protest against NFTs. Hell, the original video still hasn’t even been deleted at the time of writing and is still available as an unlisted entry, so it’s not even like the Davis-Carr family are even making good on their promise despite taking a high six figure sum about it all.

Here are a few of the funniest comments on the new uploads:

NFTs are bad and are harmful to the environment, and I am uploading this in the hopes of the buyer getting less money, and you should too. Stop NFTs.

Since it’s getting removed Sunday because it’s being sold as a NFT here’s a reupload.

Charlie Bit My Finger will soon be removed from YouTube and sold as an NFT, this is just to archive it when it gets deleted.

Seems like people aren’t really respecting the buyer’s rights to this video as solely his NFT are they? Not really sure how it’s going to be enforced either as people can literally keep doing this until the end of time if they want to, much in the same way that there’s never been a way for the authorities to clamp down fully on people illegally streaming sporting events. Good luck to them all I guess.

For more of the same, check out Cara Delevingne selling her vagina as an NFT. That’s a weird one.