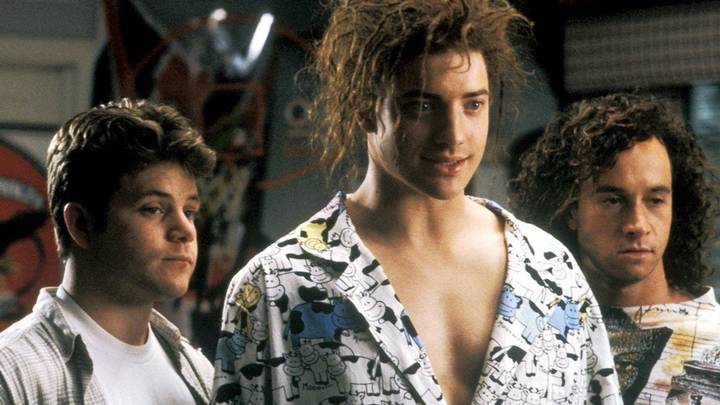 The sequel nobody asked for.

‘California Man’ (or ‘Encino Man’ as it was called in America and some parts of the world) was a majorly fun movie back in 1992 and I’m sure many of us remember renting it from the video library and being wildly entertained by the caveman who found himself in the 90s and transformed two complete nerds into the coolest kids in school with his weird ways. A real hoot.

I’m not really sure if any of us ever considered the need for a sequel – especially one set thirty years in the future – as the film seemed to wrap everything up for all its stars and everyone ended up with fairly happy endings, but Pauly Shore posted the following on Instagram indicating that he and the other two leads Sean Astin and Brendan Fraser were interested in pursuing it:

Yeah, it seems like this is a long way from actually happening but as we’ve seen with the recent ‘Bill And Ted Face The Music’, if everyone is up for it then these projects can somehow be willed into existence – and actually turn out pretty good. Not really sure if it’ll be that interesting to see what a caveman acts like after living in California for the last thirty years or what storyline they could even come up with regarding these characters, but I would probably check it out if the trailer looked good. Make it happen Disney!

For more of the same, check out Pauly Shore starring in a new R-rated comedy with Steve-O that came out earlier this year. Looked very stupid.