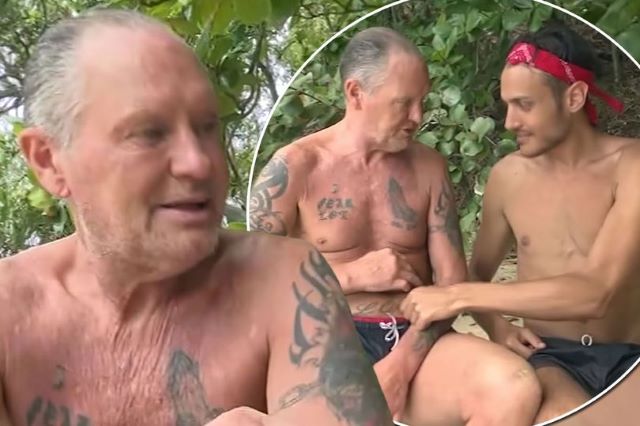 Did anyone have any idea that Paul Gascoigne was currently starring in the Italian version of ‘I’m A Celebrity, Get Me Out Of Here’ (or ‘Island of the Famous’ as it’s known over there)? Well he totally is and from the looks of it he’s stealing the show with his crazy stories and anecdotes.

The other night, the 53-year-old England legend revealed he got a tattoo on his penis while drunk – a flower that turns into a tree whenever he gets a boner:

Well with most people you’d be vaguely appalled but with Gazza it’s like a fond “course you do mate”. The funniest part is that Gazza’s penis tattoo may not even be the dumbest tattoo he has; he’s also got the names of his manager Kate Davies as well as her husband and two kids tattooed on him (WTF?), ‘Mum and Dad’ written incorrectly in Chinese, and his daughter Bianca Gascoigne’s face.

In any case, Gazza has apparently been in fine form during his time on Isola dei Famosi, jumping out of helicopters and just generally having a whale of a time. Unfortunately as I write this, it seems he’s somehow injured his shoulder on the island and has been rushed to hospital. Hopefully it’s not too bad and he’s able to return to the show – there’s still a good 2 months left to till the end. Good to see him putting himself out there and having a blast in any case.

For the time Gazza sexually assaulted a woman on the train and then said he was just trying to ‘boost her confidence’, click HERE.