A stand against ID photo restrictions inspires a new noodle based religion.

In the beginning God The Flying Spaghetti Monster created the heavens and the earth the bombay bad boy pot noodle. 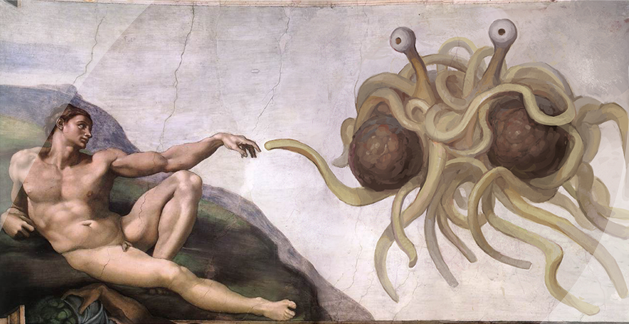 ALL PRAISE THE FLYING SPAGHETTI MONSTER

As a student I have begun to tire of the relentless jibes about how us oh-so-uncivilised students fail to exist as ‘real’ people and so must resort to eating pasta (and only pasta) for breakfast, lunch and dinner. So, when I heard whispers of the mystery of ‘pastafarianism’ I assumed it was perhaps some student-inspired cult in which young adults of the future embraced the stereotype and dedicated their lives to the following of pasta. However, I was wrong, and the truth was even more bizarre.

Sick Chirpse is aware of the strict guidelines concerning passport/ID photographs, no smiling, nothing covering the face – basically as long as you look as horrific as possible they will accept it and force you to keep that photo for the next ten years, constantly taunted by bouncers and passport control alike. However there is a gray area over the wearing of religion head wear, with official rules being that you may not cover the head ‘unless you wear one for religious beliefs or medical reasons’. One man, (and it would be a man) took it upon his own head (har-har) to challenge this, for the sake of spaghetti. 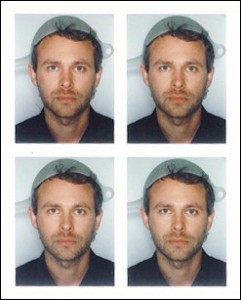 Austrian, Niko Alm, applied for a driving licence three years ago, with a picture of him with a colander on his head. After being declared as ‘mentally fit’ he has finally received his licence, hurrah! 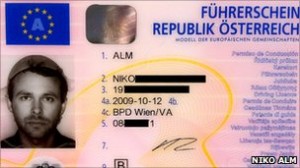 Alm has made claims that he belongs to the Church of the Flying Spaghetti Monster (check out their sort of un-official and pretty funny website here.) He also has plans to appeal for it to become an officially recognised faith and has taken steps to push some of the religions beliefs to be taught in certain American schools. If this sounds right up your street then I suggest you get straight onto the Gospel of the Flying Spaghetti Monster and spread the word of such festivals as ‘Pastaover’ and ‘Ramendam’.