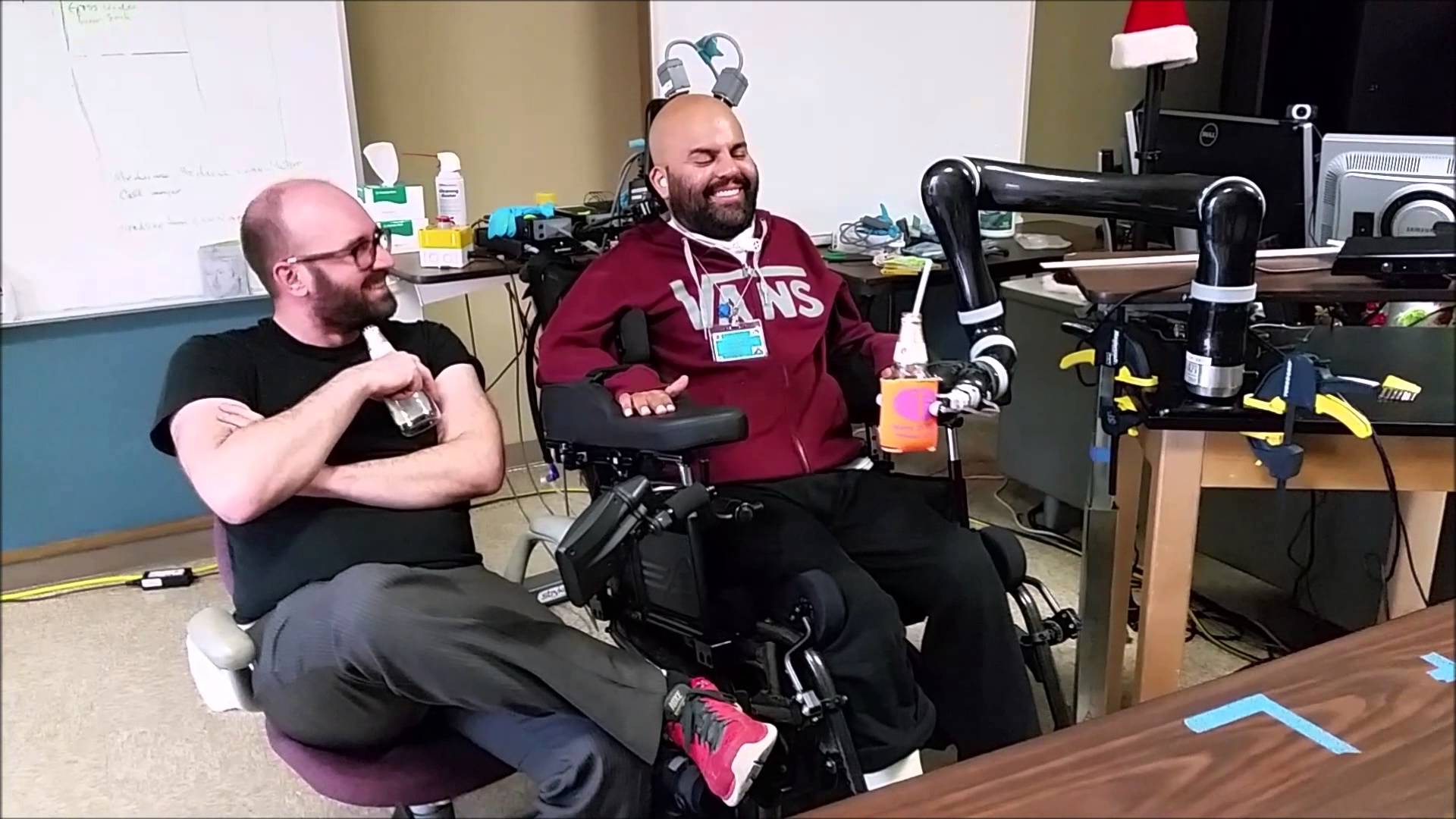 Pouring your first beer into your face in over a decade. Now THAT must be satisfying.

Modern military scientists talk eloquently about brain implants and Terminator style vision; that’s all very exciting and everything, but if there’s ever been a more worthy and awesome way to use science than this I’d like to see it.

Eric G. Sorto has been paralysed from the neck down for over a decade, but leaps in robotic and brain implant technology have allowed him for the first time to lift a beer to his own lips. It’s impossible to imagine how incredibly awful it would be to get paralysed. I mean, I can’t even scratch the surface of how that would feel. Anything that can improve a patient’s life quality in any way is worthy of praise.

This new technology involves implanting a chip directly into the patient’s brain and connecting it to a robotic arm. In the past the chips have been placed into the motor cortex. That’s the part of the brain that controls movement. Inserting a chip into this part of the brain was successful but tricky for the operator; you needed to say, for example “extend my arm, open my fingers, extend my arm a bit more, close the fingers, lift the arm… etc”. You had to spell out what you wanted to happen.

The chip in Sorto’s brain was instead placed in the posterior parietal cortex right on the top of the brain near the back. This area is involved in the intention of movement, so without having to mentally describe each part of a complex process, Sorto can simply think of the general task he wants it to complete and the resulting motion is much smoother.

Here’s a word from Sorto:

The project has made a huge difference in my life. It gives me great pleasure to be part of the solution for improving paralyzed patients’ lives. I joke around with the guys that I want to be able to drink my own beer – to be able to take a drink at my own pace, when I want to take a sip out of my beer and to not have to ask somebody to give it to me. I really miss that independence. I think that if it was safe enough, I would really enjoy grooming myself – shaving, brushing my own teeth. That would be fantastic.

That must have been the most satisfying moment of his life, right?:

I was surprised at how easy it was, I remember just having this out-of-body experience, and I wanted to just run around and high-five everybody.

Good on you mate. It’s just slightly more impressive than the Rugby players who got bottle openers implanted into their teeth, isn’t it?