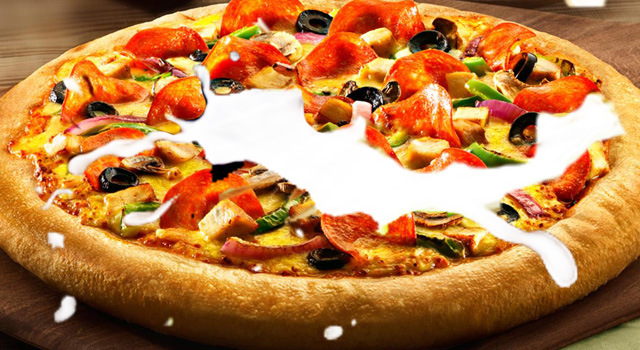 Unfortunately sexual offenders seem to currently be rife and plentiful in Britain; there’s the whole ongoing Operation Yewtree debacle, the Pope’s admitted that one in five priests is a paedophile and even this prosthetic leg in a swimming pool changing room was mistaken for a hiding sexual deviant. Sainsbury’s IT consultant turned pizza-chain pervert, Hugh Reid, was sentenced at Harrow Crown Court last week after being accused of ejaculating following phone sex with a minor in a Pizza Hut branch and also inappropriately touching his then-underage girlfriend in a Nando’s.

The girl involved, who can’t be named for legal reasons but for the sake of ease and prolonging the pizza theme we will name her Margherita, came forward to police with the previously unreported accusations after being told via WhatsApp that Reid’s current wife had given birth. The  was many years after their supposedly consensual relationship had ended but her genuine concern for the wellbeing of her perverted ex-boyfriend’s future offspring.

Then 36-year-old Hugh and 14-year-old Margherita’s illicit relationship formed back in 2007 when they started regularly communicating through MSN Messenger. The pair met at a Vue Cinema for a double date in the May of that year and continued to engage in their gross escapades for years afterwards. Margherita is now in her final year of university.

Reid pleaded guilty for both engaging in penetrative sex with his adolescent girlfriend in a car parked in Harrow and also groping her publicly in a Nando’s restaurant. Despite being obviously in the wrong as he has literally repetitively engaged in paedophilic acts, in court he tried to insinuate that Margherita was the instigator in the affair and that he “just let it happen”. His lawyer informed the judge that Reid was acting out following finding out that his first marriage had been a scam in order his wife to gain British citizenship.

Even though Pizza Hut has recently had some sick new redesigns, we’re going to safely stick with Dominoes to avoid any unwanted cum-dressings on our dinner.