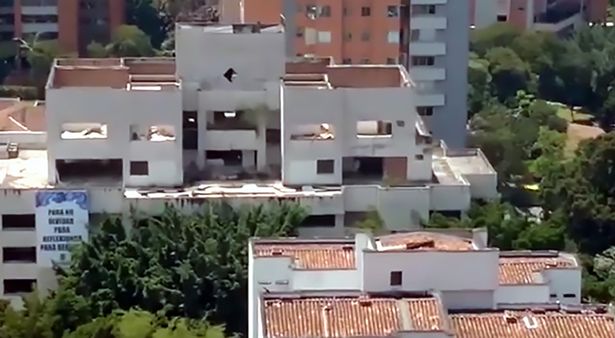 It’s been a huge couple of days for the evidence of ghosts. First we had that footage of a ghost having a grand old time on a playground swing, and now we’ve got what looks to be the ghost of Pablo Escobar freaking out as his Colombian mansion is demolished.

Authorities in Medellin want to turn his home into a memorial park in honour of around 46,000 drug war victims. Pablo would be rolling in his grave, except he’s not in his grave, he’s still roaming the Earth as a ghost.

Don’t believe me? Watch below:

There are only two explanations I can think of for that white silhouette which you clearly see pacing between between the window and entrance in the moments before demolition, before floating up into the air and disappearing.

Either it’s a ghost/the ghost of Pablo Escobar walking around before 375kg of explosives brings his eight-story mansion crashing down, or it’s a demolition worker at the wrong place, at the wrong time. Either scenario is pretty shocking, but there hasn’t been word of any demolition worker deaths on site, so the only logical explanation is that it’s the ghost of Pablo himself. Is there any other explanation I’m not thinking of?

A local named Luz Adriana Martinez agrees with me:

It is not a construction worker, it is a ghost.

If it was a worker, he would not have been waiting there for the building to collapse. It is a ghost scared by all the noise.

It is not a worker. There was a lot of negative energy there. It could be someone who was buried there. 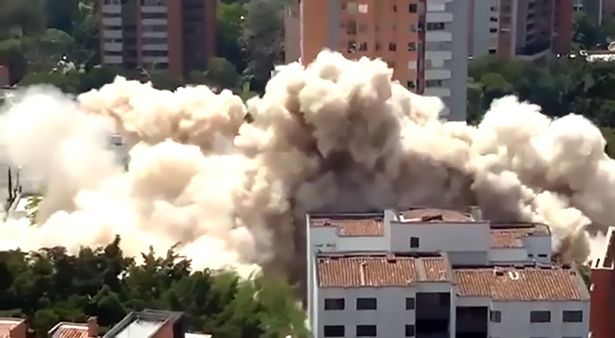 So there you have it. What makes you think you know better than the locals/the evidence of your own eyes and brain? Ghost Pablo was having one last stroll around his mansion before it was blown to rubble to instead memorialise the many dead he left in his wake. Only problem is, what’s stopping Pablo from haunting the memorial site?

Oh wait, he’s definitely visiting the guy who snorted a line of coke off his grave next.