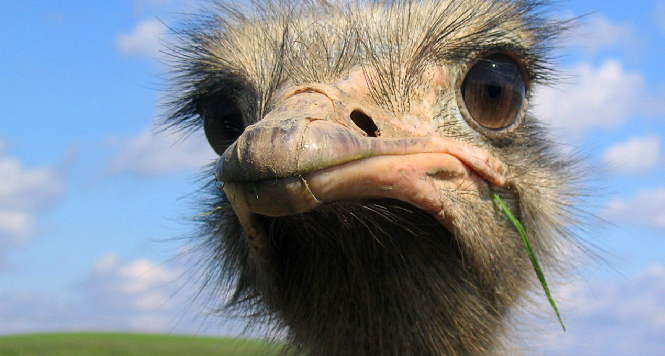 Watch this escaped ostrich go on the rampage through the busy streets of Zhangzou City, China.

At no point in time during its rampage through the streets of Zhangzou City does this ostrich appear to give a fuck. There’s chaos all around, bikes and cars skidding and weaving out of the way, but this ostrich is not bothered in the slightest. It even gets knocked over a couple of times but just gets up and keeps on going.

It’s clearly no good being a bird that can’t fly. Ostriches might be the fastest bird species around but that’s not going to help them when they’re running against traffic. Still, the ostrich covered impressive ground between getting hit by cars and before being caught — 6 kilometres: 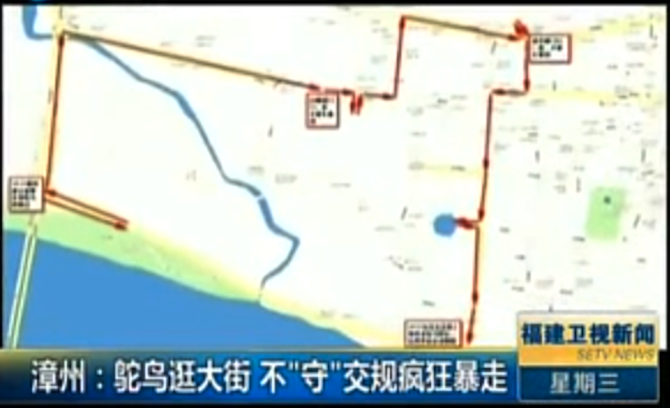 In the end, the ostrich was okay but for a small wing injury. He’s not put off by this failed escape though. There’ll be another time, and when it comes, he’ll take the back roads.