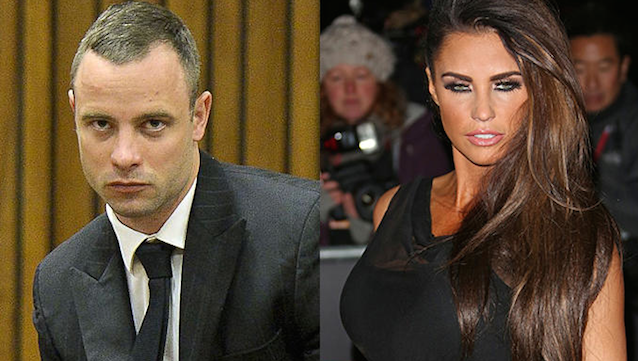 Was the Blade Runner trying to chirpse Jordan throughout his murder trial?

As if ‘accidentally’ murdering his girlfriend and being sentenced for five years in prison because of it wasn’t enough of a problem for Oscar Pistorius, Katie Price has today stated that he was direct messaging her all the way through his murder trial. Unfortunately given that Katie Price is involved it isn’t anywhere near as seedy as you might think, and it seems like Pistorius was generally thankful that someone was on his side when the whole world was against him.

Katie explained that Oscar started following her on Twitter back in April, after she had written in her NOW column regarding the case saying that ‘we are all equal when it comes to judicial undertakings’ and that she ‘certainly [wasn’t] going to judge Oscar on other people’s theories portrayed via the media’. It then turned out that he was dm’ing her all the way through his trial. 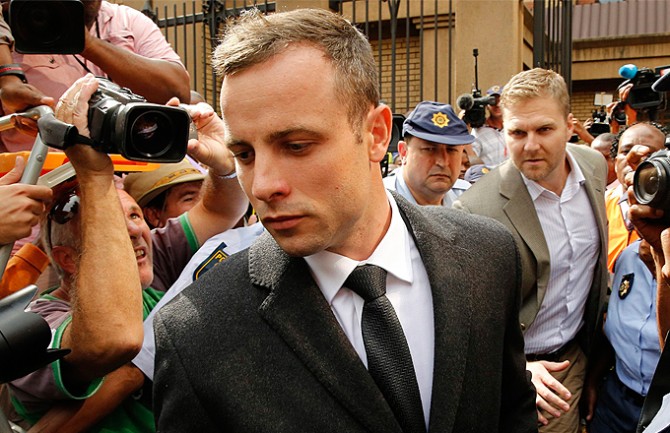 He was direct messaging me during the case. It’s weird, isn’t it? He was saying, ‘Thanks for the support,’ and stuff. Just all general chit-chat. He was the first one to message me.

Because I mentioned him in my column, he was referencing that. I wasn’t exactly supporting him, but everyone who goes through a trial will be the only one who knows what really happened. You’re innocent until you’re proven guilty.

So there you go. To be honest I don’t really think it’s that weird because pretty much everyone in the world has it in for the guy over this and it must have been nice for him to think that at least someone was sympathetic to his plight. You can’t really rule out the fact that he probably had something else on his mind though either i.e. he wanted to fuck her.

Unfortunately for the guy it will be at least a year before he gets out of jail before he can get back on Twitter and start chirpsing her again because I’m pretty sure you’re not allowed to use Twitter in South African jails. If she doesn’t reply, he can always hit up one of her lookalikes like this woman who spent £30,000 on cosmetic surgery in an attempt to become the new Jordan.