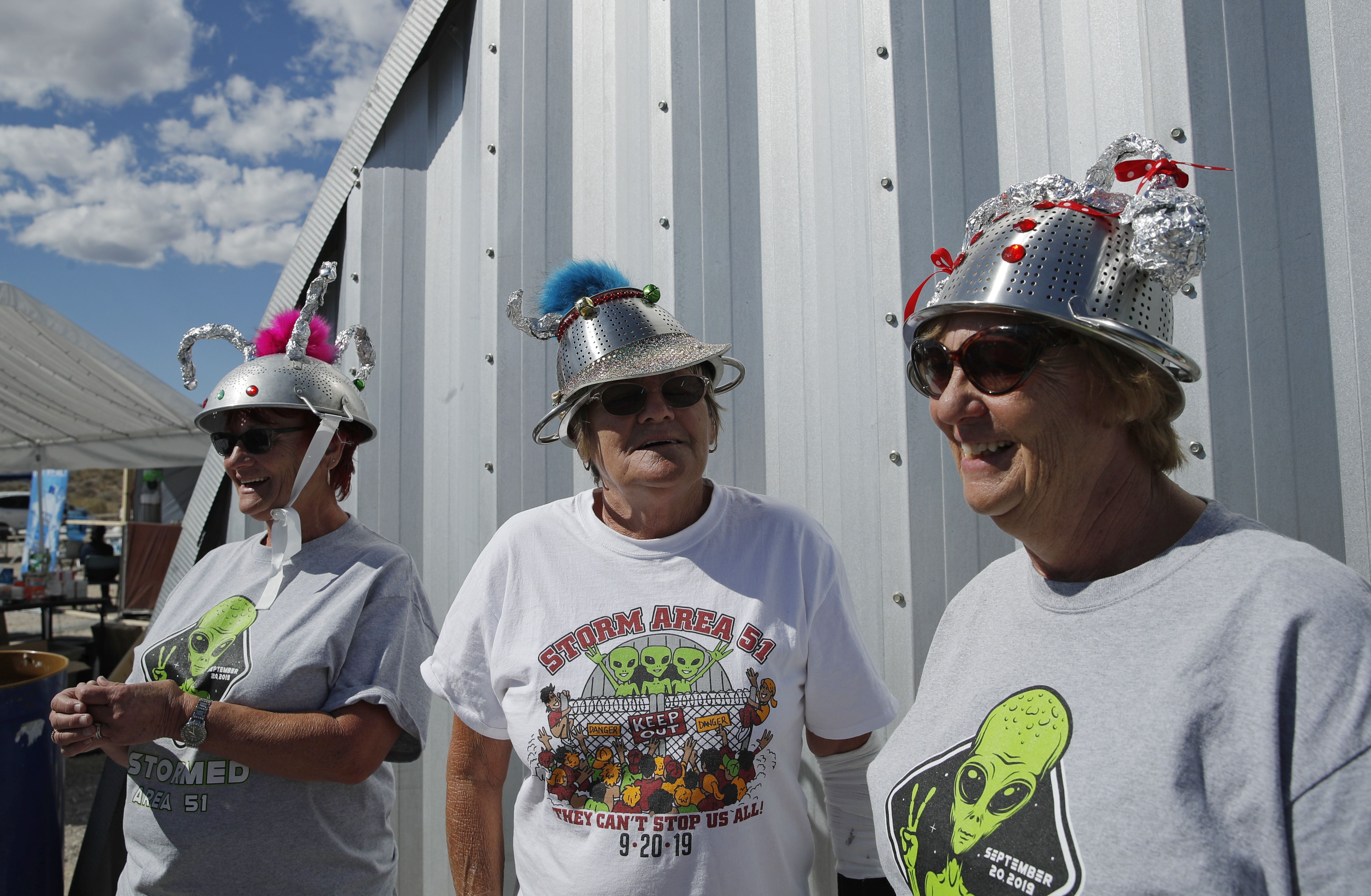 Everyone is a pussy.

Remember when 2 million people said they were going to storm Area 51 and finally find out the truth behind the aliens that the base have long been associated with?

Well the day came and went on Friday and nothing of the sort happened whatsoever. Apparently around 300 people visiting the Alamo Gate in the Tikaboo Valley over the course of the weekend and 800 rocking up at the Area 51 Gate in the usually sleepy town of Rachel. None of these people even attempted to storm the base either, except for one 60 year old woman who was filmed by a Twitter user heading into the restricted zone:

So like some old lady ACTUALLY stormed #area51 pic.twitter.com/SKvSdUUYul

Since everyone keeps asking:
1. The cops couldn’t go after her since they were only state cops and it’s a federal base
2. She got scooped up by 2 trucks like half a mile in
3. No I don’t know what happened to her but I can assume she’s jail

I mean I suppose the guy not wanting to raid it because he’s black is probably fair enough considering how trigger happy US officials often re when dealing with black people, I rate it. Kinda a shame that only one person actually attempted to get into Area 51 after all this hype for the last few weeks though. Another disappointment.

The Reno Gazette is reporting that the woman was arrested and fined $1000. She also faces a trespassing charge and we’re no closer to finding out the truth about those pesky aliens. So it goes.

For more of the same, check out this guy who also performed a Naruto run through Area 51. Not good enough turnout.