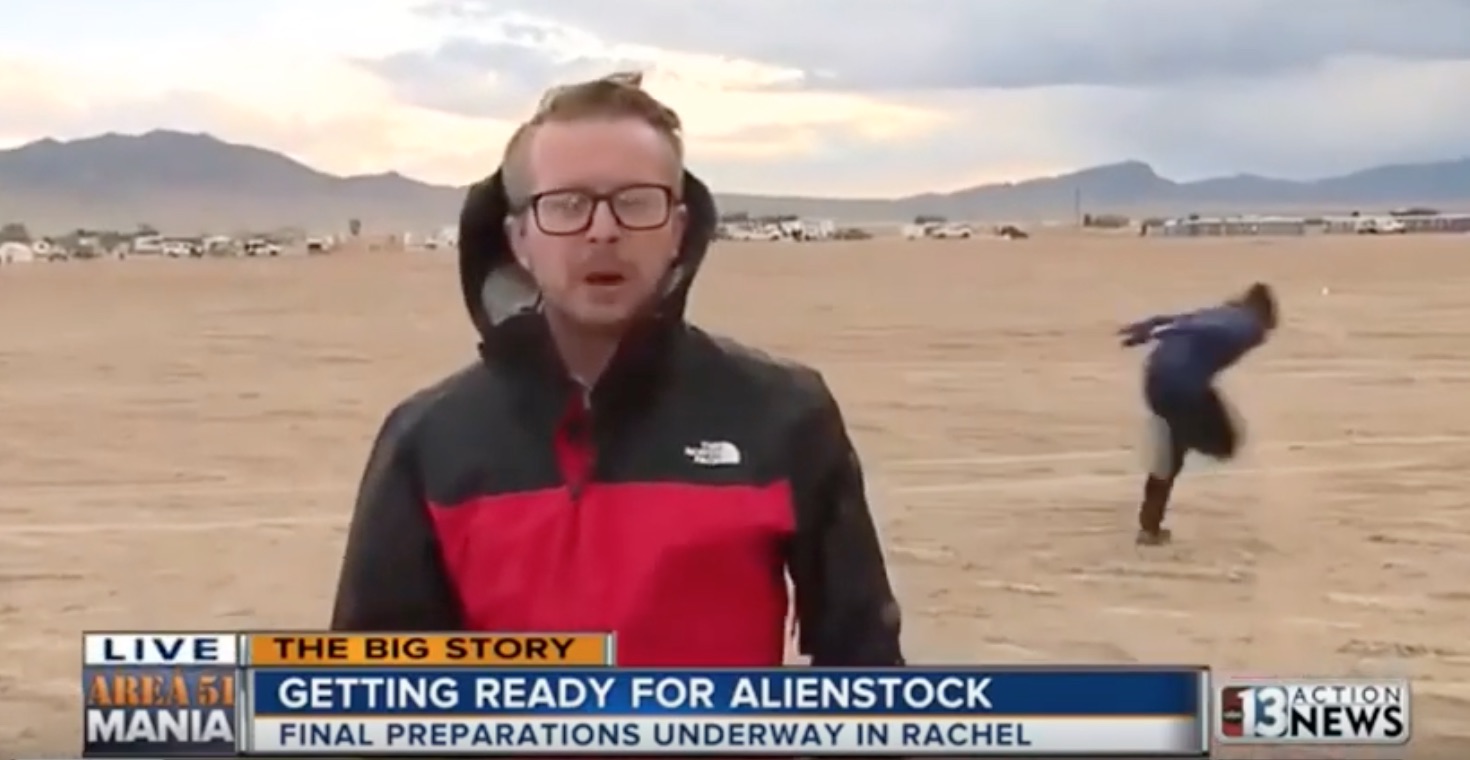 For months anticipation has been building for the Storm Area 51 event where 200 people are apparently going to descend upon America’s most secretive air force base to find out the truth about just what’s inside there.

Of course, the likelihood of any of this happening is perhaps zero but it does seem as if some UFO fanatics have decided to head to the area ahead of tonight’s proposed break in judging by the footage below. Some presenter was doing a report for 13 Action News when another dude decided to bomb the footage and perform a perfect Naruto run in the background:

Lol – that’s probably going to be a GIF for the rest of my life, although I’m not entirely sure what it’s going to actually represent. Just really funny.

Still, you have to wonder does this mean that some people are actually going to try and storm Area 51 tonight? Judging by the real attendance to those attending on Facebook ratio (10%?), potentially 200,000 people could be in the area looking to find out the truth, hopefully led by former Blink 182 guitarist Tom DeLonge.

I guess we’ll find out what happens tomorrow, but whatever happens know that Sick Chirpse and the rest of the world will be rooting for you guys.

For more of the same, check out what’s happening to the proposed AlienStock festival that’s going on instead. Sounds like a complete disaster.