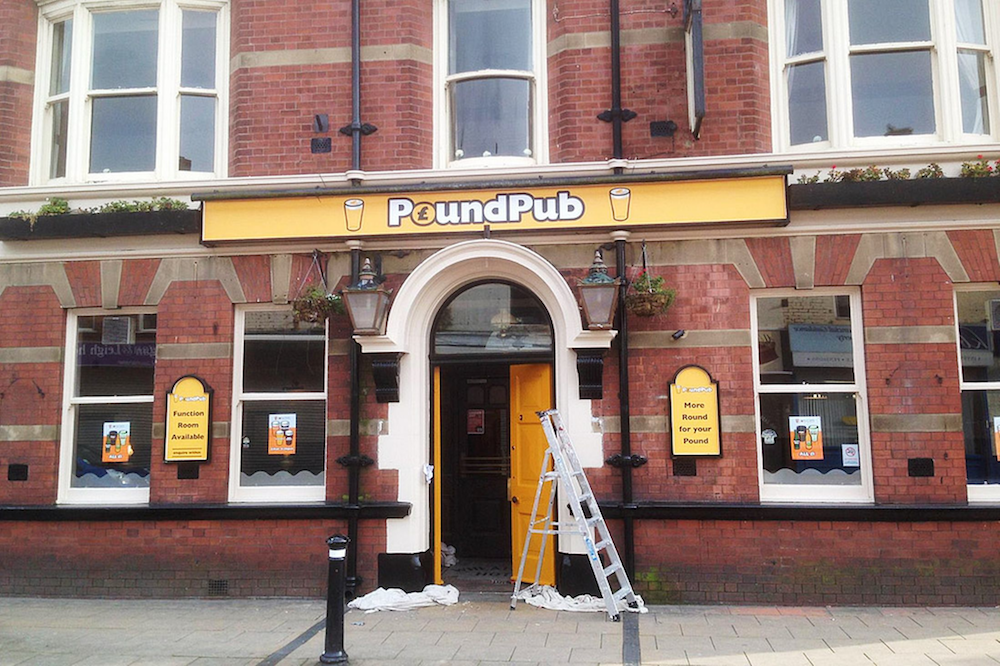 Skint? Live in Manchester? Want to get wasted? Check this out…

Always wanted to drink at a pub but can’t afford it because you don’t have a job and end up sitting around in your scummy flat drinking cans of Foster’s most Friday nights?

Well if that’s you and you’re also living in Manchester then you’re in luck, because a new one pound pub is opening up where you can buy a variety of alcoholic beverages – lagers, bitters, ales and ciders, the whole shebang – for literally a pound. Sure, you’re only getting a half but a pint is only £1.50 ALL THE TIME so basically you would be a fool not to drink there if you didn’t want to save some money. I mean you could get completely slaughtered there with a twenty pound note and still have enough for a kebab on the way home.

The first pub has already opened in Atherstone and a second one is planned for Stockton-On-Tees. If these are a success – the first one is already absolutely killing it so logic says that they will be – then there are plans to take the the chain nationwide. It might not be long before you’re meeting your boys in PoundPub rather than Wetherspoons/your living room on a Friday night if that kicks in. 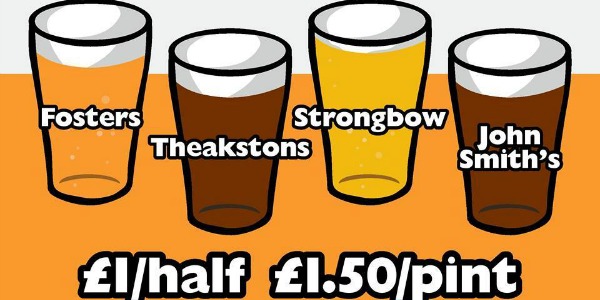 Predictably, a lot of people weren’t happy about PoundPub opening with Colin Shevells, the director of Balance saying the following:

Drink is already too affordable, too available and too heavily promoted. We know that problems are caused by it being too cheap. The PoundPub is just part of a much bigger problem. We need to wake up to the problems cheap alcohol is causing both in the short and long term.

I would normally be on the side of the wreckheads with this one, but I think the guy does have a point here because even though I said you could get absolutely slaughtered at PoundPub for twenty quid I’m not sure if that’s actually that good a thing to be doing. On the flip side of that though, if people want to get wasted then they’re going to get wasted with or without PoundPub because they can just grab a bottle of Frosty Jack’s (for advice on how to drink that effectively click here) and be done with it.

PoundPub probably isn’t going to help the situation though, and will probably be full of complete scummers and scallys. Will be avoiding next time I’m in Manchester.