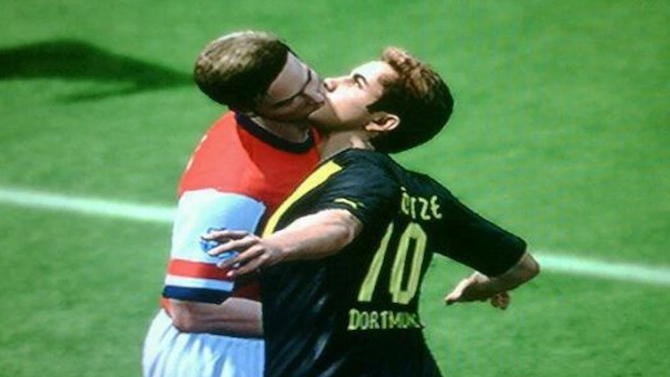 FIFA (or Pro Evo before it) is just one of those games that everyone loves – there’s nothing like beating your mate with a last minute goal when you’re playing as Paraguay and he’s Manchester United, especially when there’s a beer on the line.

However, as great as FIFA’ 13 is there are a lot of notable glitches on it and we’ve featured a bunch of them before (you can check them out at the bottom of this article). As the game nears the end of its life cycle with FIFA ’14 just around the corner in October, Talksport have kindly released a ‘Best of FIFA ’13 fails’ compilation which is awesome.

I haven’t played FIFA as much as I would have liked this year but I’m telling you, if half the shit that happened in this video happened to me during a game I would be fucking pissed off. Goalkeepers lying down for no reason, balls taking humongous deflections off defenders and going in (when does that ever happen?), keepers saving penalties and then the ball hitting them and rolling back in, the eternal slide tackle, defenders tackling each other or suddenly getting tired and stopping completely dead and not running, players looking like they’re giving each other head, goalkeepers running out of the goal and sliding the player AS HE’S TAKING A PENALTY, a weird looking mascot with huge hands celebrating with Cristiano Ronaldo, Lionel Messi and Cristiano Ronaldo in a fist fight (!) – everything is in here and a whole lot more. There’s also a pretty sick soundtrack.

Check out the compilation below: