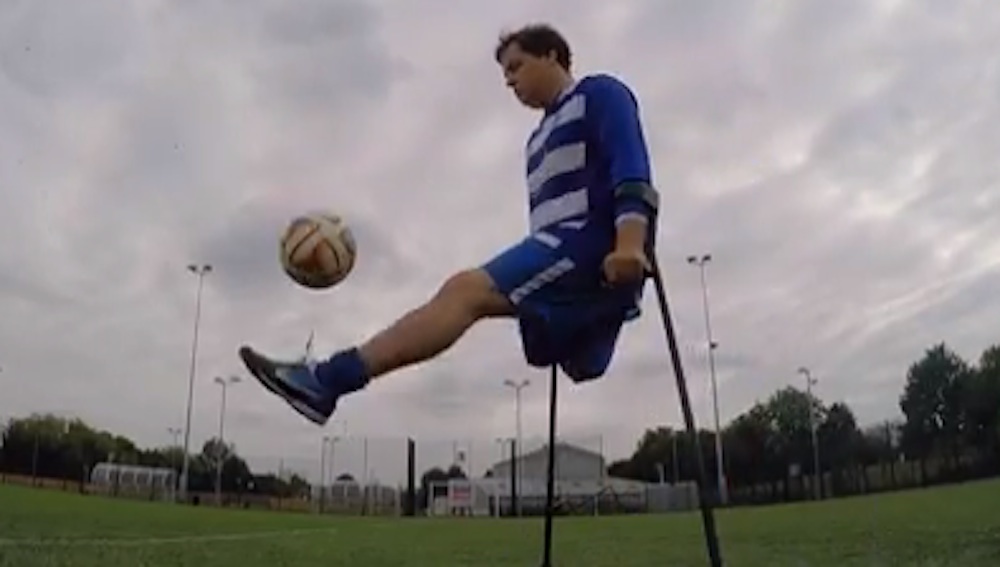 He could probably teach Messi or Ronaldo a thing or two as well.

James is an amputee footballer with only one leg who has some absolutely incredible tekkers that you can see below in the video.

In it, he hits the crossbar in pretty much every way possible – on the volley, with a rainbow flick, with a back heel over the head lob etc etc – as well as demonstrating excellent keep up skills, control and balance.

A highlights video like this would be impressive even if the guy had two legs, but the fact he’s doing it all on one leg whilst standing up with crutches makes it absolutely mind-blowing really. I would love to see how he plays in a real match and how good the other amputee footballers are, because if the standard is anything like this then it would probably be better than watching some Premier League matches.

People like this guy and the blind skateboarder really show you what you can achieve if you’re determined enough so get off your ass and go do something already.