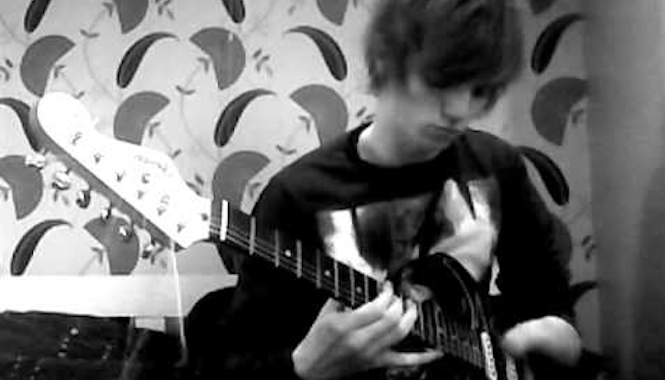 If you thought that only having one hand was a barrier to playing the guitar then you would be completely wrong when you see this dude completely nail some classic guitar songs.

This dude called Jake Hendrix (or Jake Wallace as it actually goes) emailed us at Sick Chirpse a couple of weeks ago asking if he could start contributing for the site but also because he was interested in sharing his own story – he had been born with a congenital deformity of his left forearm but somehow (obviously through a lot of time and hard work) he has managed to master the guitar and record a bunch of brilliant cover videos on his YouTube channel.

I suspect that Jake just wanted us to feature him on Sick Chirpse as he hasn’t actually submitted anything to us yet (in fairness I did say to the guy I would write up an article about two weeks ago so I guess it goes both ways) but I’m happy to feature him in any case because I think what he’s achieved is pretty extraordinary and I’m sure most Sick Chirpse readers will feel the same.

Jake told me that he never really considered playing the guitar – after all it seemed completely impossible – but when he was 17 he was getting into rock, metal and blues so just decided to pick up the guitar and give it a go. 2 years later after devising his own method of playing guitar – upside down on a right handed Fender Stratocaster um what!?!? – he was completely sick on the guitar and pretty much nailing covers and uploading them to YouTube, where his presence slowly grew until he was featured on the front page of UltimateGuitar.com and also appeared in the national newspapers and television news over in Northern Ireland where he’s based.

I guess for some reason that coverage wasn’t enough for Jake and what he really yearned for was a feature on Sick Chirpse. Well here it is bro. Here’s a few of the more well known songs that he covers on his channel, but if you’re into these then please head on over to his channel and subscribe HERE.

Guy Absolutely Nails Get Lucky Cover On His Bass Guitar

Learn To Play Guitar While You Piss