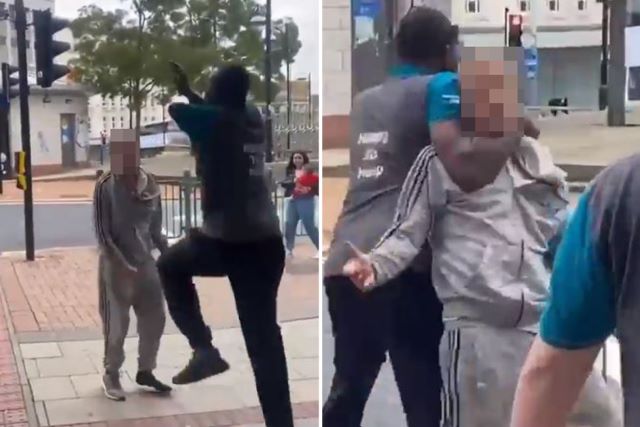 A man who was trying to steal Jaffa Cakes from a Poundland in Sheffield was promptly dealt with by a one-armed employee, who first single-handedly (pun intended) drags the would-be shoplifter out of the store and then karate kicks him into the street.

Meanwhile, at Poundland in Sheffieldpic.twitter.com/k5sVx1xhQD

Bit of unnecessary force there at the end? Maybe, but he did look as though he was about to swing on the employee so I don’t think anyone would begrudge said employee then putting him on the ground, especially with one arm and all. Then again you do have to feel sorry for a guy who’s so down on his luck that he’s stealing Jaffa Cakes from Poundland.

What I love most about the clip though is the worker wearing a ‘Happy To Help’ shirt. Happy to help your ass out of the door, it seems! So easy he could’ve done it with one arm tied behind his back. Well, if he had an arm to tie in the first place.

Could be worse though – get a load of how they deal with shoplifters in Romania. Ouch.