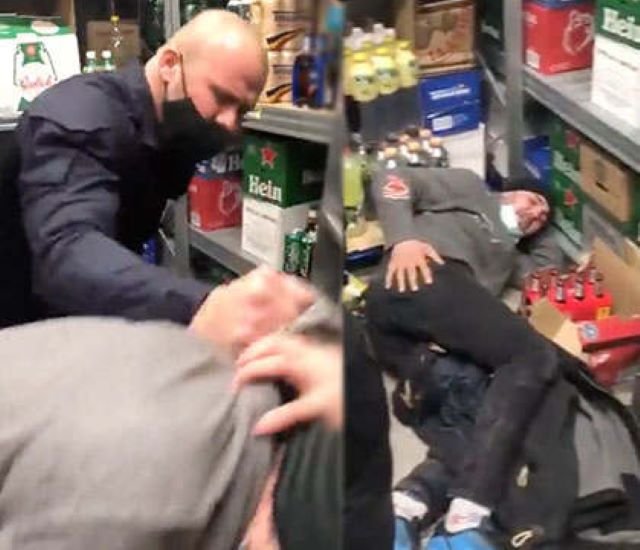 Straight out of a WWE hardcore match.

There are some parts of the world where you simply do not want to be caught shoplifting. Not only is your ass getting hauled off to jail, but you are going to catch a vigilante beatdown all the way up until the cops arrive.

Just ask this thief over in Romania who tried to steal some booze from an off-license:

Ouch. Straight out of a WWE hardcore match from back in the day. Except I’m willing to wager this hurt a lot more and that shovel was not gimmicked in the slightest. The way he concentrated every blow on the thief’s hip as well – brutal. Dude’s going to have a hard time sitting down for the next few days, that’s for sure.

Do I think basically torturing a guy for attempting to steal some booze from your shop is warranted? Probably not. But when you go around shoplifting from stores where the employees look like hench Eastern European MMA fighters, you have to understand the risks. They’re not worrying about catching lawsuits in Romania.

To watch a shoplifter over in the States nearly paralyse himself after stealing a bunch of clothes from ‘Forever 21’, click HERE. Hope his girl appreciates what he went through.